Update: after announcing the cancellation of the show, AIS is now hoping to revive the event. 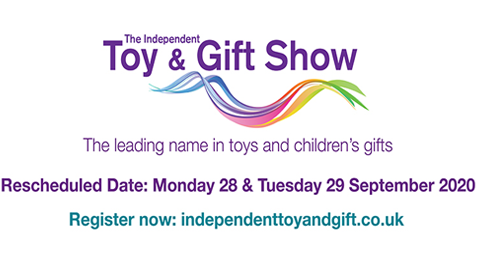 In a statement, the organisers said: “Following our announcement last week that The Independent Toy and Gift Show, which was due to take place on Monday 21st and Tuesday 22nd April would have to be cancelled, we received several requests to consider later dates in the year from both exhibitors and members.

We are therefore exploring the opportunity with our suppliers to  host the show later this year on Monday 28th September and Tuesday 29th September 2020 at Cranmore Park, Solihull.

We want to offer this show as a platform to launch the critical fourth quarter of trading following the forced temporary closure of stores. We will endeavour to bring together our members, members of other buying groups and other independents who will need to rebalance their stocks for the run up to Christmas at a time when suppliers will have warehouses full of stock to sell. Christmas is the one event that will not be cancelled!

We would like to wish all those that have been involved in this show’s success good health and we look forward, hopefully, to welcoming them through our doors again in September.