Local toy shops have reported an increase in sales as families stay at home. 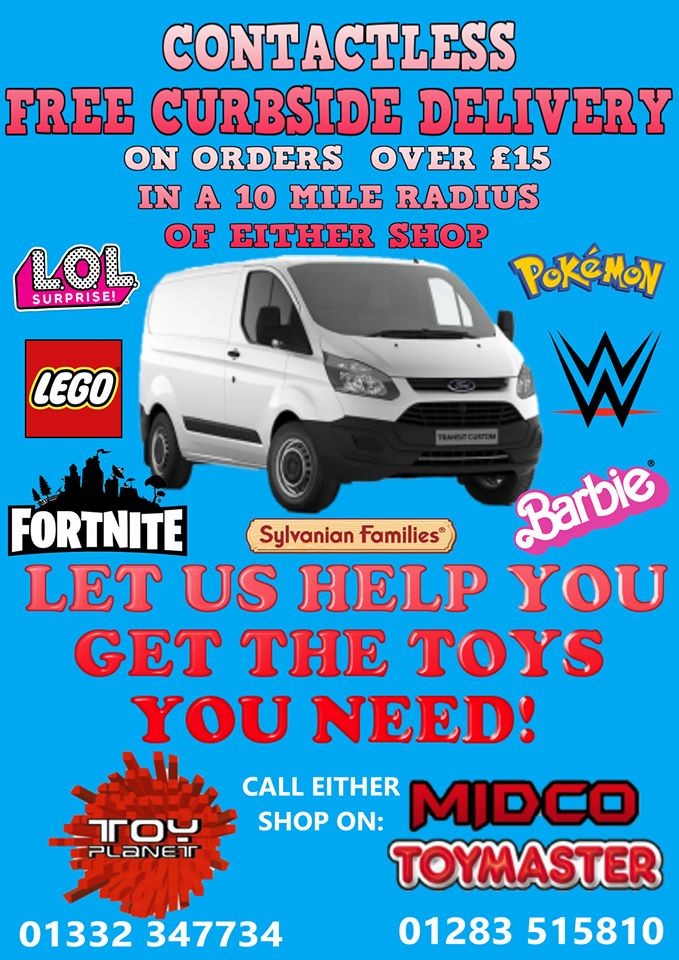 With many children at home during the outbreak, and social activities severely limited or curtailed, parents are seeking activities to keep their little ones occupied at home. Amazon delays are becoming a reality, prompting customers to realise the value of independent toy stores and ordering online.

Reports from the US describe retailers claiming that business has been on par with the peak Christmas holiday season. Some UK specialist toy retailers are seeing a similar surge. In many cases, customers with bored children are not inclined to wait several days for shipping, and both physical and online sales have therefore increased over the last week.

Items such as workbooks, flashcards, arts and craft kits and games and puzzles are in high demand to keep kids engaged at home, as well as to support learning where children are not attending school. Outdoor toys that kids can use in the back garden have also been popular.

Amazon has announced that it will prioritise shipping essential supplies for at least the next three weeks, if not longer. As a result, independent and brick and mortar retailers have a competitive advantage, carrying stock of toy product that Amazon has put on hold for the foreseeable future. Some toy stores have reported a 25% sales increase.

Many such retailers are starting to take orders over the phone or via FaceTime, email, Facebook messenger and Instagram, in order to reduce person-to-person contact in store. Where they are able, some are even offering local delivery. One retailer told us that they enjoyed taking “good, old fashioned  telephone orders,” saying that they were able to offer personal help and advice. “At the moment, it also feels positive to be able to offer a form of social interaction,” they told Toy World.

Social media and local signage are being utilised to promote store opening times and services offered. Social platforms can also be used as a virtual storefront for retailers who do not have a website set up.

Some enterprising toy retailers, including Midco Toys, have begun offering contactless, free kerbside delivery in a 10-mile radius of its stores, on orders over £15, to help local families get hold of what they need. Meanwhile, Toyville in Bristol has decided to try and spread some cheer by including an ‘awful’ (their words, not ours) joke with every order.

As more consumers come to realise the value of local, independent stores, owners hope that once the pandemic has run its course, they will remember to support local businesses more –  all year round, and not just during a time of crisis.

Ian Edmunds told Toy World: “Yes it is going to be a challenge – but the indies are used to adversity and we will do all we can to work with our members and suppliers to ensure there is a toy trade the ‘other side’. Christmas is still the 25th December!”