The partnership has been extended until 2025, and this year will see Fortnite lines including action figures, RC and play sets launched from Jazwares. 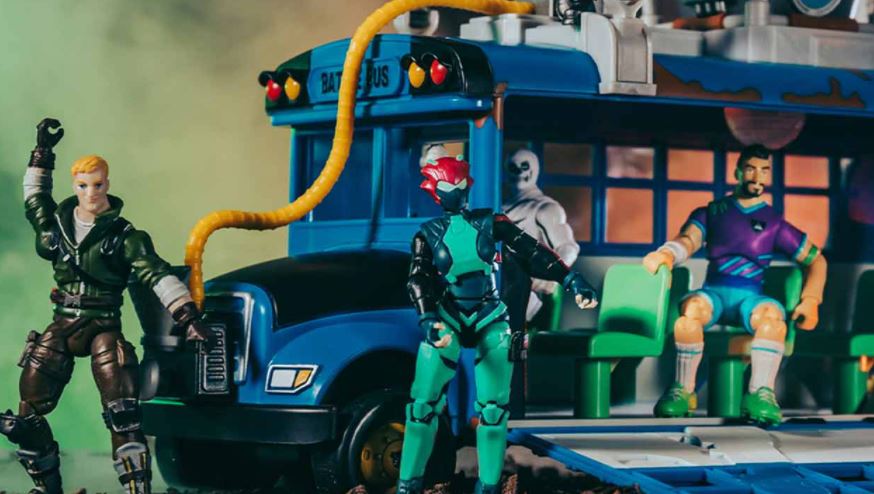 The multi-year deal extends Epic Games and Jazwares’ successful three-year partnership, under which more than 350 toy and collectible lines have been launched.

From January 2022, Jazwares will be the exclusive toy partner for Fortnite 4″ and under action figures and their compatible vehicles, playsets, accessories and more. Jazwares will also continue to produce new R/C vehicles, all of which will be compatible with the 4″ action figure line, as well as plush in varying sizes. Also in 2022, an all-new lineup of nhighly detailed 2″ action figures with multiple points of articulation will be launched, as well as accompanying playsets, vehicles and accessories.

“These toys and collectibles have opened up the action-packed world of Fortnite, adding a whole new level of detail that fans can connect to like never before,” said Laura Zebersky, president, Jazwares. “Through the continually evolving 4″ action figure universe and now the new 2″ range, we are expanding collectibility to help fans build out the world of Fortnite. We are thrilled to be bringing these new, detailed micro scales to life for the first time, and look forward to working closely with Epic Games to continue growing fans’ Fortnite collections.”

In addition to the new items being released in 2022, Jazwares has unveiled plans to further expand its Fortnite offering with new action figures, R/C vehicles and more set to rollout at retail throughout 2021. Later this year, Jazwares will launch three new vehicles: R/C Mudflap, Whiplash, and the Reboot Van feature vehicle. Inspired by vehicles unveiled in past game seasons, this marks the first toy versions of these vehicles brought to retail. The company will also release two new Fortnite Supply Llamas filled with a fan-favorite Outfit and the best gear from the game.

Jazwares has offices around the world and sells in over 100 countries. Since its inception in 1997, Jazwares continues to grow through the development of new products via strong partnerships and the strategic acquisitions of companies like First Act, Russ Berrie, Zag Toys, Wicked Cool Toys and Kelly Toys. For more information about Jazwares, please visit the company website here.