Jenny Wren Toys closes after a decade of business

Owner Ken Gouge is retiring and has decided not to renew his lease with the property owner. 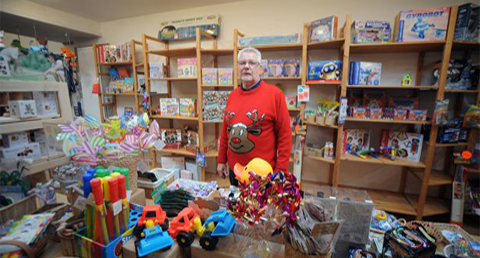 The popular Castle Douglas shop has closed its doors after 10 years of trading on King Street.

Jenny Wren Toys recently served its last customers and closed down the business. Owner Ken Gouge is retiring and has decided not to renew his lease with the property owner.

“I want to retire and did not want to take another lease out.” Ken said, “I had hoped to sell it as a going concern, but nobody was interested. It’s a shame because it’s a real gem and customers are very sad that we are closing.”

He added: “We have had tremendous support from the town over the years and the local people have been wonderful with all their messages of support. It’s been a huge joy having the shop and I would like to thank all our customers over the years. We are really going to miss them and being here in the town.”

Ken may be calling it a day, but he is upbeat about the town’s prospects, especially since two new shops have recently opened. He adds that whoever takes over his shop will also thrive as King Street is a popular shopping destination in southern Scotland.