John Adams will build on its existing TV game show range with the development of The Cube and Lingo board games. 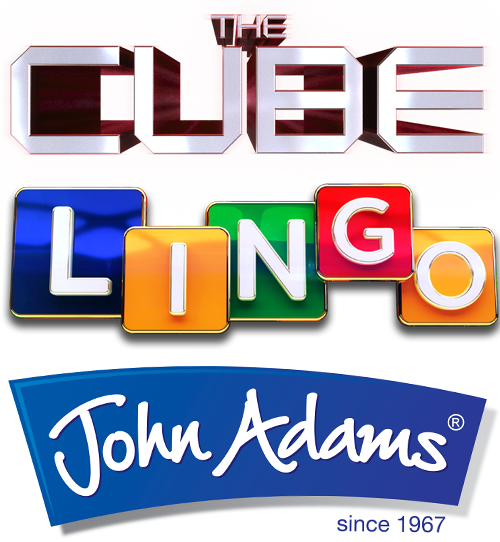 Developed in conjunction with All3Media International, both games will launch in summer 2021. Simon Pilkington, group managing director at John Adams Leisure commented: “We are well known for creating best-selling table-top games based on TV game shows, so we are really excited to be working on both Lingo and the new version of The Cube. We are confident that both games will become must-have family board games in 2021, full national distribution for both products is already looking very positive.”

The new board game based on high-pressure quiz The Cube is scheduled to be on UK shelves from July, replacing a previous version which has sold over 410,000 units. The refreshed board game will be accompanied by a new web-based element, and the show’s iOS and Android app was also recently updated with a rebranded games pack and push notifications.

Originally produced by Objective Media Group for ITV, award-winning primetime format The Cube sees players attempting seemingly simple tasks within the nerve-wracking confines of a perspex cube, in the hope of winning a major cash prize. Recently rebooted in the UK as The Million Pound Cube, the format has aired in multiple territories since its debut over ten years ago.

A new board game for classic word-play quiz Lingo is also on its way. The product is currently in development and is expected to launch in the UK this summer. The new game follows the UK debut of the game show on ITV in 2020. Lingo, which pits teams against each other in a battle to find words to win big cash prizes, has aired for 29 years in France, and over 500 episodes aired in the US. Adapted in 17 territories worldwide, Lingo was originally produced by IDTV.

Jane Sharp, formats executive at All3Media International, added: “We’re looking forward to the arrival of these new products for The Cube and Lingo, two evergreen game shows that are now firmly established as viewer favourites around the world. As the formats continue to go from strength-to-strength globally, arriving in multiple territories this year, having modern and refreshed complementary products ready to be localised will only add to their appeal.”