The retailer said it does not expect all its John Lewis shops to reopen at the end of lockdown and is in talks with landlords. 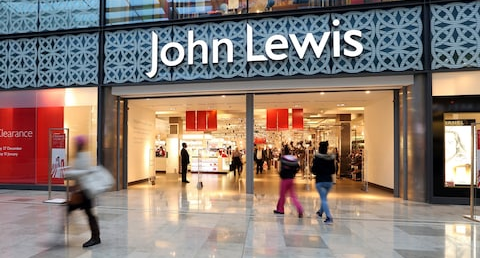 The John Lewis Partnership has warned over further store closures as the company reported a £517m annual loss, after the pandemic took a heavy toll on sales at its department stores and the group said it does not expect all its stores to reopen at the end of lockdown. The number of stores under threat has not yet been confirmed as talks between the partnership and landlords are ongoing, although a final decision will be made at the end of March.

Chairman Sharon White said: “Regrettably, we do not expect to reopen all our John Lewis shops at the end of lockdown, which will also have implications for our supply chain.”

The partnership has recorded its first-ever full-year loss. This was explained by £648m of one-off costs relating to the writedown in value of John Lewis shops amid the shift to online shopping, as well as restructuring and redundancy costs from store closures and head office reorganisation. It was reported in January that around 1500 office based roles were in the process of being cut this year, also as part of efforts to restructure and save costs and assist the company in delivering its five-year Partnership Plan.
Reports last month suggested that the John Lewis chairman was considering a new round of store closures, news that came less than eight months after the partnership announced its first wave of closures that affected eight stores. At the time, eight  more stores were earmarked to be shut, on top of the eight announced last July.

Sharon White added: “There is no getting away from the fact that some areas can no longer profitably sustain a John Lewis store. We are currently in discussions with landlords and final decisions are expected by the end of March. We will do everything we can to lessen the impact and will continue to provide community funds to support local areas.”

John Lewis plans to invest £800m in 2021/22 to support its turnaround plans, including improving its online shopping infrastructure. However, the annual staff bonus has been scrapped for the first time since 1953, and the group also forecast that its financial results for 2021 would be even worse, due to the investment in its online shopping service and other measures in its turnaround plan.