Season one of the new animated Netflix series takes place before, during and after the events of the Jurassic World movie. 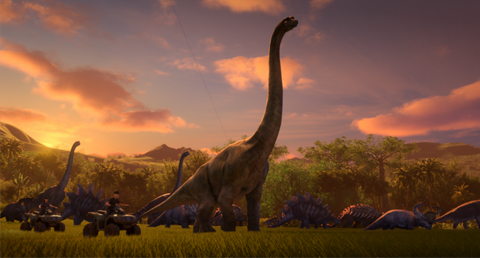 The trailer for the new Netflix animated series Jurassic World: Camp Cretaceous has landed, giving fans a glimpse at never-before-seen dinosaurs and exciting new plotlines. Pitched as a continuation of the Jurassic World story, the show promises expansion into new themes and adventures. A trailer can be viewed below.

Season one of the show, which is slated to debut on the VOD platform from 18th September, centres on five main characters enjoying a summer camp at the Jurassic World park. Set before, during and after the turbulent events of the feature Jurassic World film, which was released in 2015, the plot follows the five adventurous campers as the Indominus Rex breaks loose and causes havoc in the park. Newly released artwork gives fans plenty to look forward to, including bioluminescent new dinosaurs and no shortage of action.