The new puzzles feature the most iconic Star Wars characters of all time including Darth Vader, The Mandalorian and Grogu. 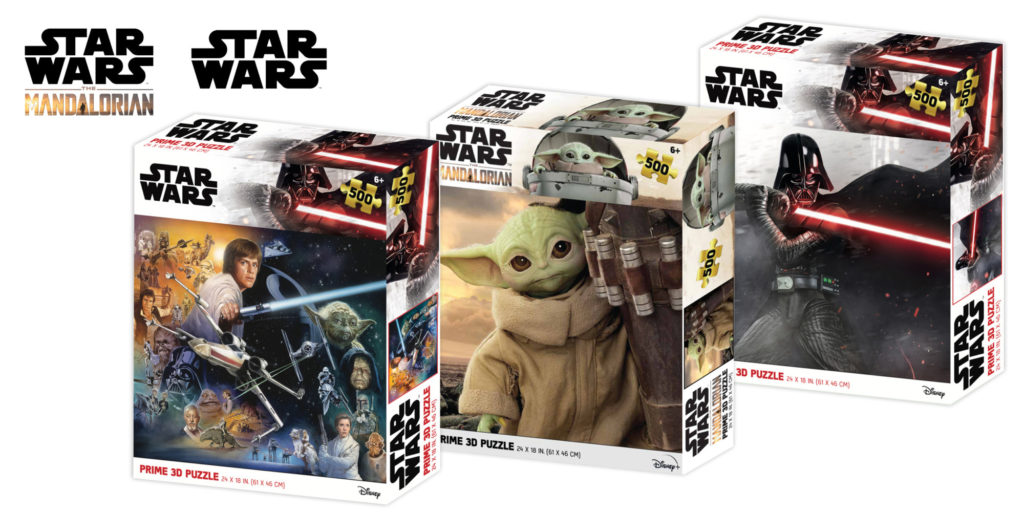 Fans of George Lucas’ epic franchise can now create the galaxy’s most memorable Star Wars scenes and characters with Kidicraft’s impressive new range of 500-piece Prime 3D jigsaw puzzles. The range will be available from January 2022, with pre orders being taken now.

Offering something for all Star Wars fans, the puzzles feature a variety of scenes and characters both from the original trilogy and follow-up films and series. From the Mandalorian, known to a few as Din Djarin, the battle-worn bounty hunter, to Grogu, known to many simply as ‘the child’. There’s also a puzzle starring original cast members including Luke Skywalker, Han Solo, Princess Leia and Chewbacca, plus one of the Mandalorian riding a speeder bike. The company is offering retailers exclusive images across this range (MOQs apply), and advise interested parties to get in contact to find out more.

With a fanbase spanning the generations, Star Wars began with the eponymous 1977 film and quickly became a worldwide pop-culture phenomenon. Demand for licensed product remains high to this day, and the franchise has been expanded into various films and other media, including television series, video games, novels, comic books, theme park attractions and themed areas, comprising an all-encompassing fictional universe.

The success of The Mandalorian on Disney+ has further boosted the popularity of the franchise, and with Series 3 slated to air in 2022, and The Book of Boba Fett rolling out from 29th December, Kidicraft expects its new 3D Prime range to be very popular this Christmas.

Roy Greenwood, director of Kidicraft, commented: “We are thrilled to be adding yet another amazing range to our portfolio, with much more to come. This is a highly anticipated range for Kidicraft as Star Wars is a firm family favourite.”

To request a copy of Kidicraft’s new product presentation or to preview the range, contact 01282 505 988 or email sales@kidicraft.com.