Duelists can get cards from the first four sets and learn the Yu-Gi-Oh! legends and story from the beginning. 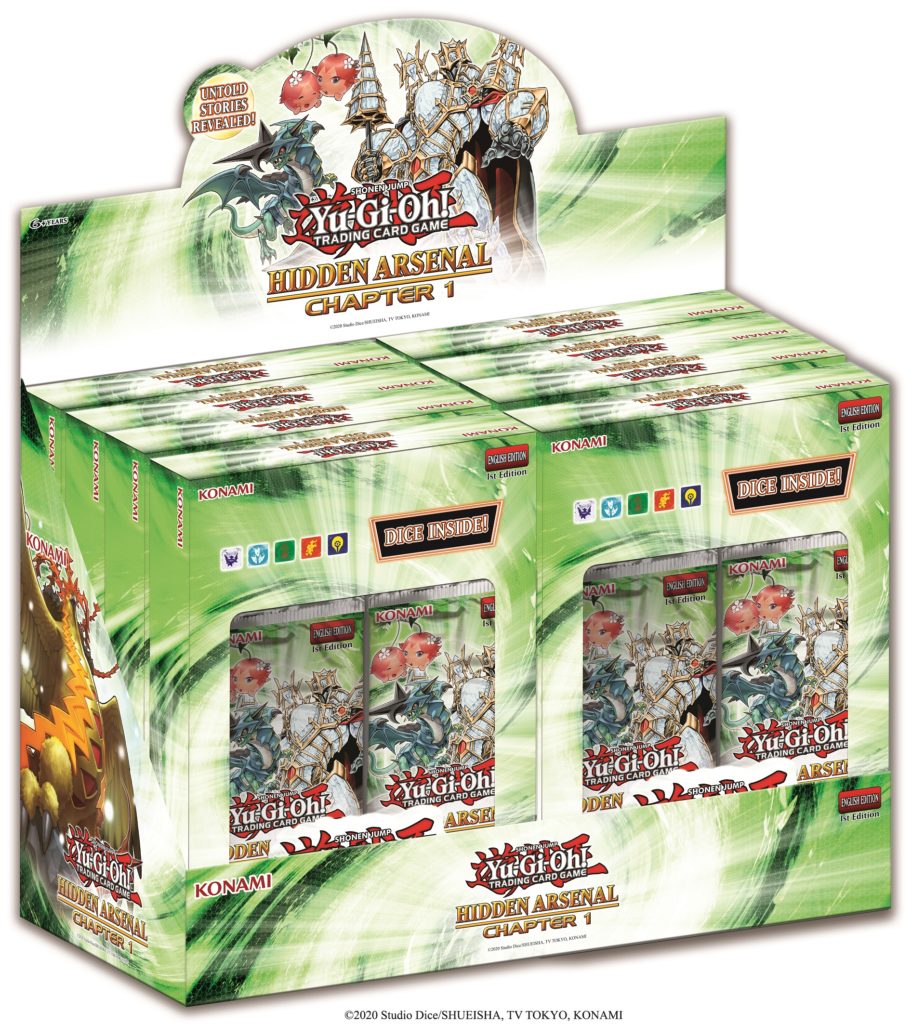 It’s been over a decade since the Hidden Arsenal era began, and now Duelists can obtain historic cards from the first four Hidden Arsenal sets and learn the stories behind them in this Yu-Gi-Oh! trading card game collection from Konami.

They can learn the legends and experience the story from the beginning with Hidden Arsenal: Chapter 1. Duelists can bolster the Ice Barrier strategy from Structure Deck: Freezing Chains with even more Ice Barrier cards, flood the field with the army of the Ice Barrier, and fortify their Fabled Deck with many core cards integral to any Fabled strategy.

With new additions in Ghosts From the Past, Dragunity Duelists also have the chance to find some of the most sought-after Dragunity cards from the Hidden Arsenal era and unlock the legend of this powerful Wind-Dragon Synchro strategy.

All of the cards in the original Hidden Arsenal series were either Super Rares or Secret Rares, but in Hidden Arsenal: Chapter 1, some of them are Common or Ultra Rares with Duel Terminal Technology, which has been unavailable on any cards for many years. These cards were extremely popular with Duelists, with some of the most powerful cards in the game’s history receiving this treatment, and now there’s another chance to get this type of card once again.

Hidden Arsenal: Chapter 1 will be available from 10th March.