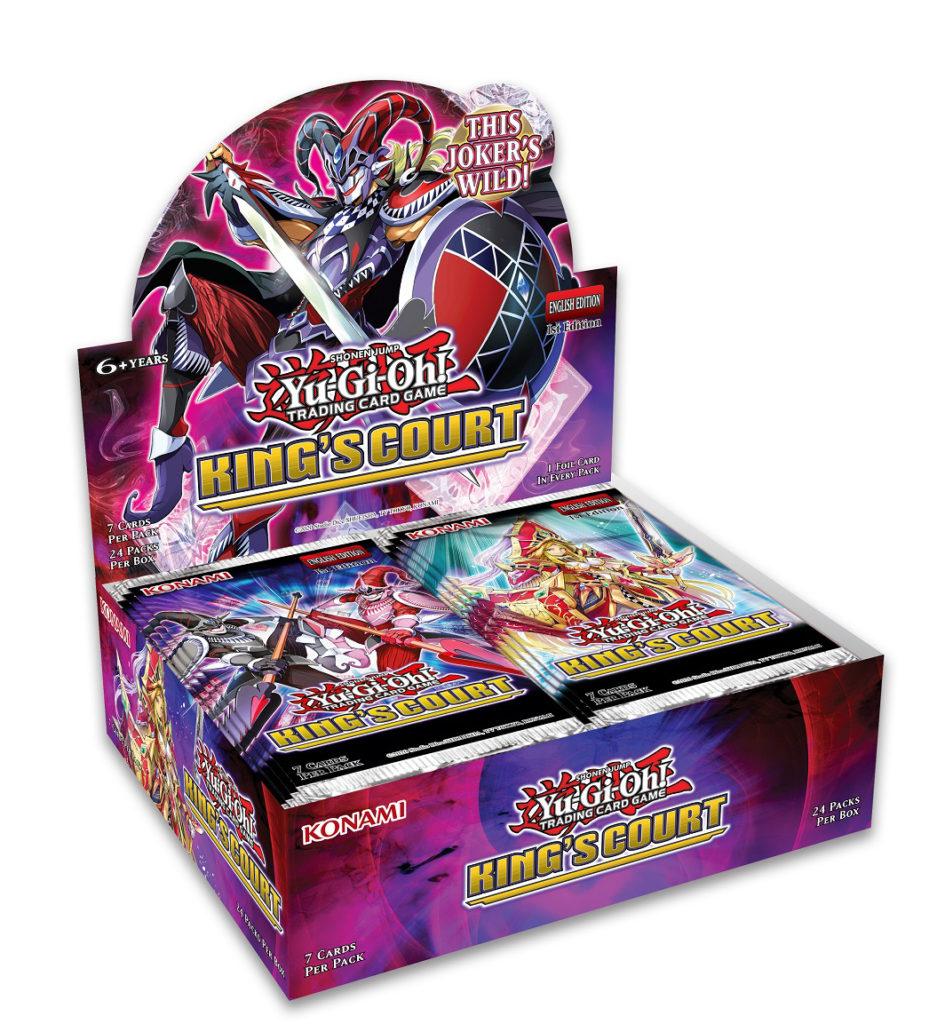 Following a strong summer for Konami’s Yu-Gi-Oh! TCG, with the introduction of Remote Duels in 2020 and the Yu-Gi-Oh! Championship Series tournament being held remotely for the first time, new additions to Kings Court have hit the market.

Joining the royal court is the World Premiere Joker’s Knight, a 2000 ATK monster similar to Magician’s Souls that can assume the identity of all three Knights. Players can return Joker’s Knight from their graveyard to their hand during each end phase by shuffling another Light Warrior from their graveyard into their deck, giving them a free summon to use every turn without depleting their hand.

Two more World Premiere Joker cards, one Spell and one Trap, will also provide players with powerful effects and then return to their hand in the end phase. Keeping a full hand is important for maximising the power of the World Premiere Arcana Triumph Joker, which powers up based on the total number of cards in both players’ hands. The Arcana Triumph Joker also lets a player discard cards to destroy all the face-up cards their opponent controls of the same card type.

Those looking to power up their Egyptian God Deck: Slifer the Sky Dragon can use the new cards to gather tributes, add to their summoning power, and keep Slifer the Sky Dragon strong without forgoing the ability to play their cards. Using Slifer and Arcana Triumph Joker in the same deck offers even more firepower.

King’s Court also has new cards that help out a wide variety of decks that many will have started building in 2021, including new cards related to deck strategies and themes introduced or supported in Legendary Duelists: Season 2, Lightning Overdrive, and more. Out soon are Collector’s Rare versions of World Premiere cards and previously unreleased cards from Japan, as well as classic and competitive favourites.