Lalaloopsy is back by popular demand thanks to MGA

The release, which will reintroduce 25 Lalaloopsy dolls with a focus on DIY crafting and traditional doll play, marks the brand’s 10th anniversary. 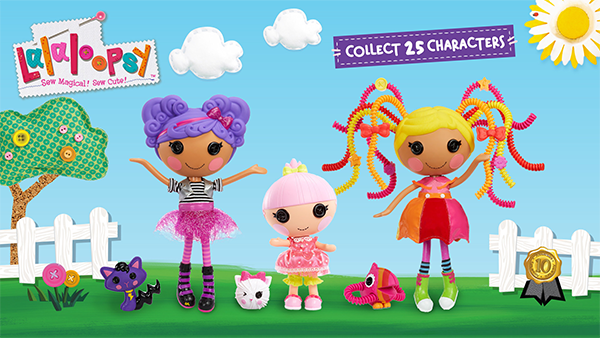 Lalaloopsy is back following a petition signed by thousands of parents and fans.

MGA Entertainment has announced the relaunch of Lalaloopsy, one of the company’s billion-dollar franchises. The collection of 25 dolls includes both nostalgic characters and soon-to-be fan favourite new editions, and is being released in response to a petition signed by thousands of parents keen for MGA to bring back their favourite dolls.

Lalaloopsy offers a whimsical world of characters with unique personalities derived from the fabric used to sew them, inspiring kids to develop their own creativity. The brand bridges generations with classic toy play and modern technology, while encouraging children to bring crafting into playtime. Each doll has a unique sewn-on date and comes with its very own pet, while the minimal waste packaging provides an interactive play set that reflects the doll’s personality and can be used to create Lalaloopsy Land.

“We’re so excited to share Lalaloopsy with a whole new generation of creative children who will love to play with her,” said Isaac Larian, CEO and founder of MGA Entertainment. “It’s obvious our fans miss Lalaloopsy with the amazing petition from moms. Young children love the cute characters and traditional creative play and we love to make our fans happy with the return of Lalaloopsy.”