Asmodee and Days of Wonder have launched Ticket to Ride: San Francisco as the latest edition in the popular board game series. 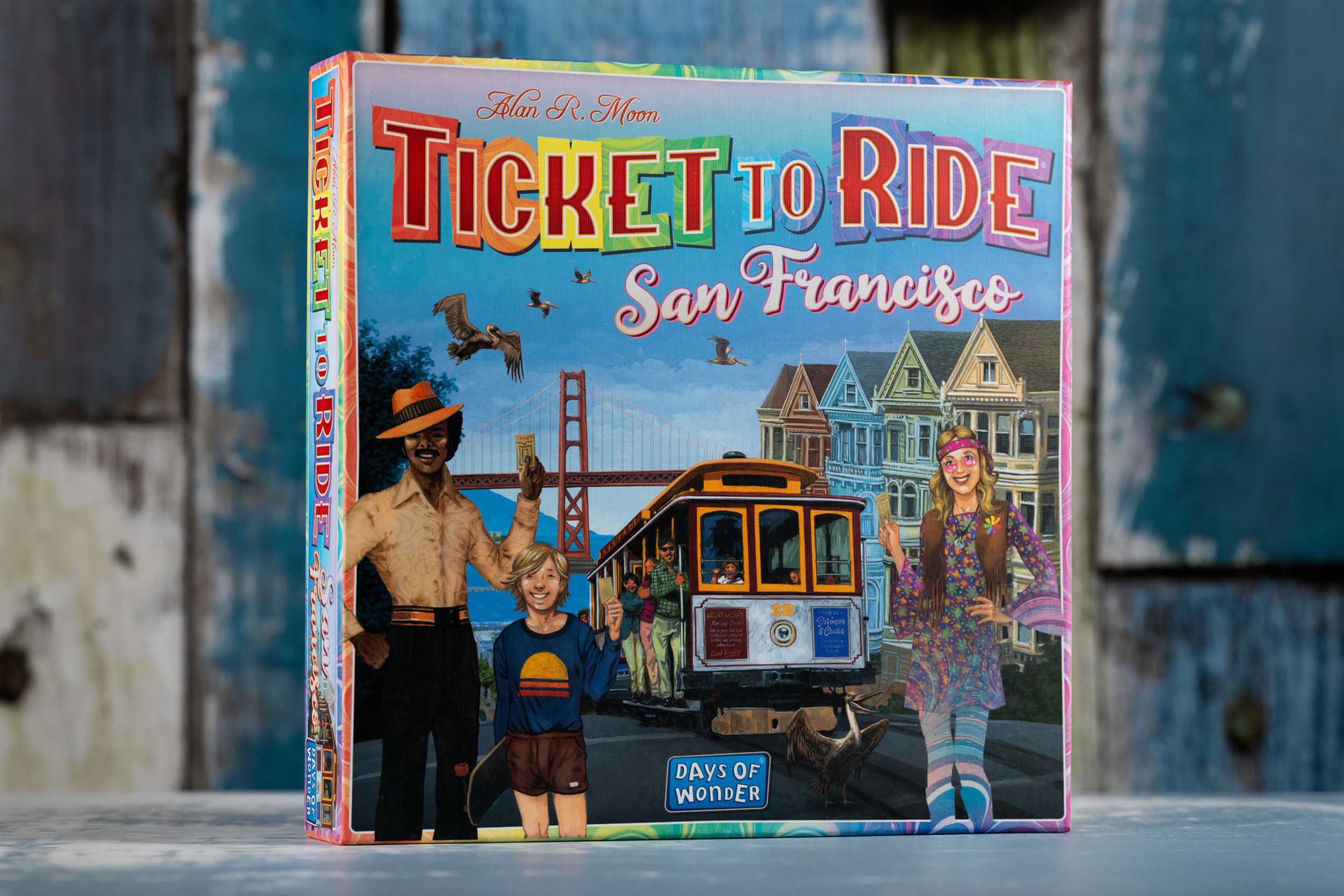 The brand-new Ticket to Ride: San Francisco features similar gameplay as the other versions of the board game. Players race through the Golden Gate City, passing its iconic landmarks whilst collecting souvenirs, claiming routes and drawing tickets to score points. With the same standard of impressive artwork as previous editions of the game, players will enjoy beautiful illustrations and a strong theme while on their travels.

Ticket to Ride: San Francisco is one of four city editions following London, New York and Amsterdam. The game plays homage to the city’s famous cable car transportation system by replacing its regular train carriages with cable cars. Players can visit destinations such as the Golden Gate Bridge, the Painted Ladies and Alcatraz. Like the other city editions, the gameplay is fast-paced and ideal for beginners with gameplay lasting around 15 minutes.

Set to become a new family-favourite, the game is designed for players over the age of eight, with easy-to-follow rules for the whole family. Despite the simple rules, Ticket to Ride: San Francisco is a uniquely strategic game that’s different every time it’s played. The travel-friendly board makes the game ideal for family holidays or outdoor games.

Ticket to Ride: San Francisco will be available at retail from August onwards.

Since Ticket to Ride made its debut in 2004, the game has expanded beyond the table and now has digital versions available on iOS, Android, PC and home video game consoles. Overall, more than 10m copies of Ticket to Ride have been sold. An international phenomenon, the game has also been translated into 33 different languages and is distributed in more than 40 countries. Ticket to Ride is a franchise that is enjoyed by more than 80m players worldwide. It can be appreciated by new players and experts alike thanks to its easy-to-learn strategic gameplay, making it a staple in family board game nights.