Designer Matthew Ashton initially created the Everyone is Awesome set for his own desk – but the feedback was so overwhelming, it’s now going on general sale. 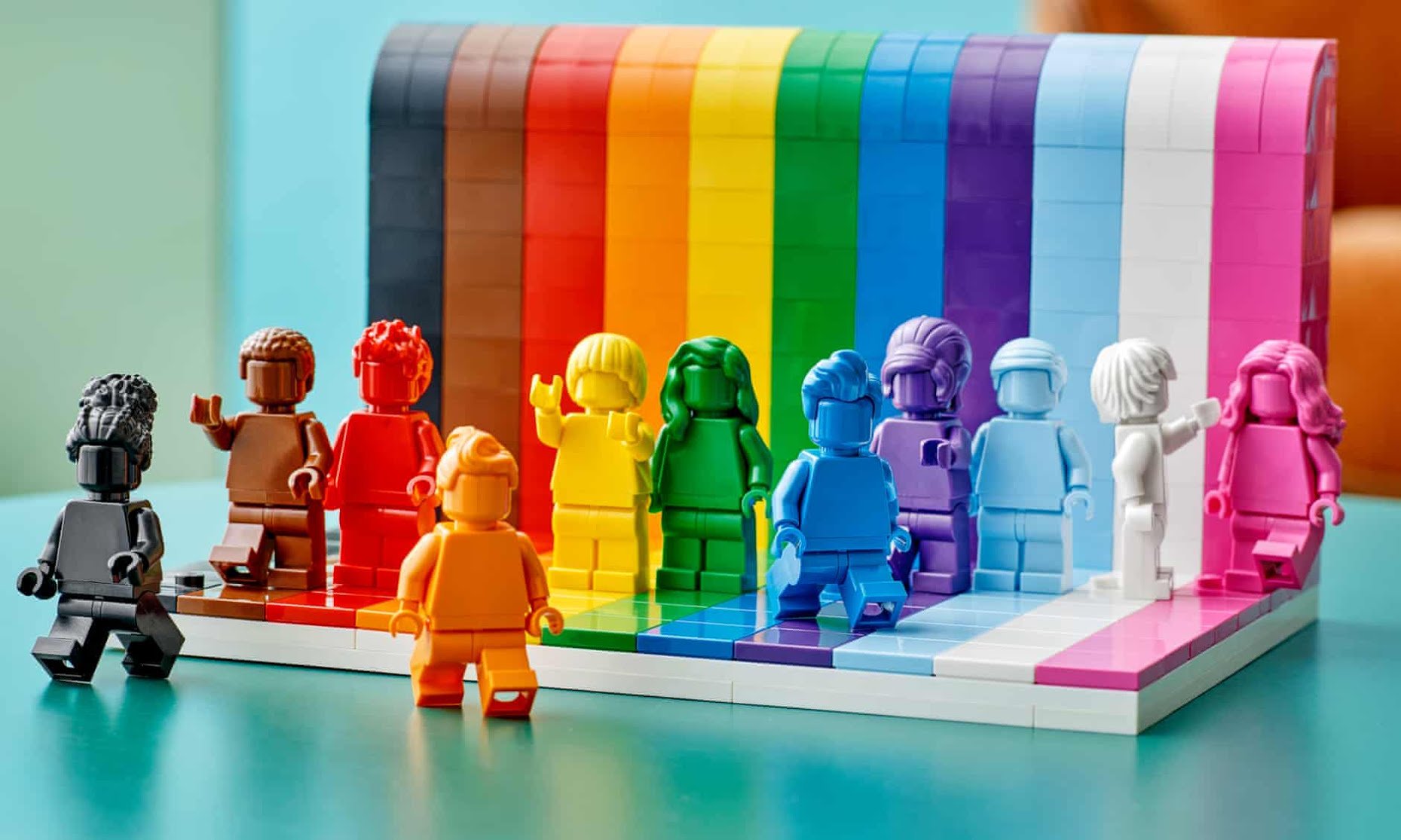 The Lego Group has announced the creation of its first ever LGBTQ+ Lego set, to launch on 1st June, the start of Pride Month.

The new 364-piece Everyone is Awesome set includes 11 monochromatic, non-gendered minifigures, set against a backdrop comprising the colours of the pride flag as well as pale blue, white and pink – to show support for the trans community – and black and brown, to highlight diversity within the LGBTQ+ community. Each minifigure sports a different hairstyle, one of which is a beehive wig intended to be a ‘a clear nod to all the fabulous drag queens out there’.

Matthew Ashton with the Everyone is Awesome set

The designer, Matthew Ashton, himself a member of the LGBTQ+ community, said that he’d originally only intended for the set to adorn his desk after moving offices. However, the positive response the set garnered from other Lego employees prompted the company to put Matthew’s design into production for general sale.

“Growing up as an LGBTQ+ kid – being told what I should play with, how I should walk, how I should talk, what I should wear – the message I always got was that somehow I was ‘wrong’,” he said. “Trying to be someone I wasn’t was exhausting. I wish, as a kid, I had looked at the world and thought: ‘This is going to be OK, there’s a place for me’. I wish I’d seen an inclusive statement that said ‘everyone is awesome’.”

The Lego Group says it is committed to building a diverse and inclusive workplace. The company partners with Workplace Pride, Stonewall and Open for Business to help shape strategies to support employees who identify as LGBTQIA+ and allies across the company. It also supports UK-based charity Diversity Role Models, which works to educate children about inclusivity and empathy in order to build supportive and inclusive future generations.

This isn’t the first time Lego has put inclusivity at the heart if its products. Launched several years ago, the company’s Braille Brick toolkits have been developed to open up the Lego system of play to visually impaired and sighted kids alike, and earlier this year were made available in a further 13 countries across the globe.