Lego to build on 2019 success with further innovations

Company teases new play innovations on the horizon for 2020. 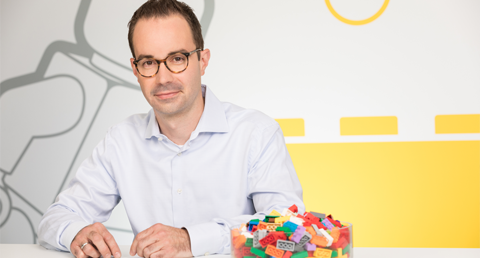 The Lego Group has today confirmed that it will be launching a series of new play innovations in 2020 that will continue to evolve the construction toys category, following a successful Christmas for the brand in which it sold an average of one product every second between October to December 2019.

More details will be revealed over the coming months, but the company states that the new products will offer builders of all ages even more ways to unleash their creativity whilst keeping the Lego brick at the heart of play.

Having retained its position as the no. 1 toy manufacturer in the UK for the fifth year running, the Lego Group is following up on that success with new play innovations – some of which are already in the market. New  innovations already confirmed for 2020 include a multi-player mode for Lego Hidden Side where children can take part in thrilling challenges with players online or in the same room in two game modes – ‘Play as a Hunter’ or ‘Play as a Ghost’. Those who already have the first product range can now upgrade their app and make use of the multi-player function. 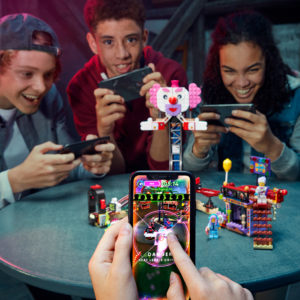 Lego Hidden Side launched in October last year and has already become one of the top five new licences in the market for 2019. Six new sets were launched this year: Haunted Fairground, Lighthouse of Darkness, El Fuego’s Stunt Plane, Welcome to the Hidden Side, Jack’s Beach Buggy and Newbury Subway.

Other new innovations include collectible cubes added to the Lego Friends range, which let fans collect personalised cubes of their favourite Lego Friends characters, and expanded use of the innovative Control+ app for the Lego Technic sets including the App-Controlled Top Gear Rally Car. New play experiences across the Lego Group product portfolio in 2020 also include all-new elements in exciting sets for core themes including Lego Friends and Lego City and new sets in the brand’s Lego Duplo range aimed at younger builders aged 18 months-plus.

Successes for The Lego Group in 2019 also saw the company hold 21 of the Top 100 products in the toy market and grow its market share of key IP licences such as Spider-Man, Star Wars and Disney Frozen. Further new licences are to come in 2020, including Universal’s Trolls and Minions.

“2019 was a fantastic year for the Lego Group, in which we launched our biggest ever global brand campaign, successfully brought a new property in to the market in Lego Hidden Side, and finished the year once more as the no. 1 toy manufacturer in the UK,” said Marius Lang, head of marketing, UK and Ireland. “I’m incredibly excited that we will be continuing to build on this momentum in 2020 and the selection of play innovations we have at this year’s Toy Fair is one of the strongest I have seen from us. I’m very much looking forward to unveiling them over the coming weeks and months.”

The Lego Group will also be taking its Rebuild The World campaign into 2020, with a continued commitment to nurture the creative skills of the next generation and inspire children to unleash their creativity. Launched in September 2019, the company’s biggest ever global brand campaign saw The Lego Group rebuild iconic landmarks across the UK  and host workshops in the UK, China and USA which engaged children directly and challenged them to use their creativity to solve real world challenges.

The Lego Group’s retail offering has expanded significantly over the last 12 months, with a new look website on Lego.com, stores opening in Marseille, Birmingham and a new flagship in Amsterdam, and new exclusive product launches including Lego Stranger Things: The Upside Down and the Lego Ideas Treehouse set, featuring the highest number of sustainably-made Lego elements to date.

The Lego Group will be showcasing products at Toy Fair UK from 21st – 23rd January at Kensington Olympia, London (by invitation only). Attendees will have the chance to try out the new Lego Hidden Side multi-player products in the main arena and at the Lego Stand.