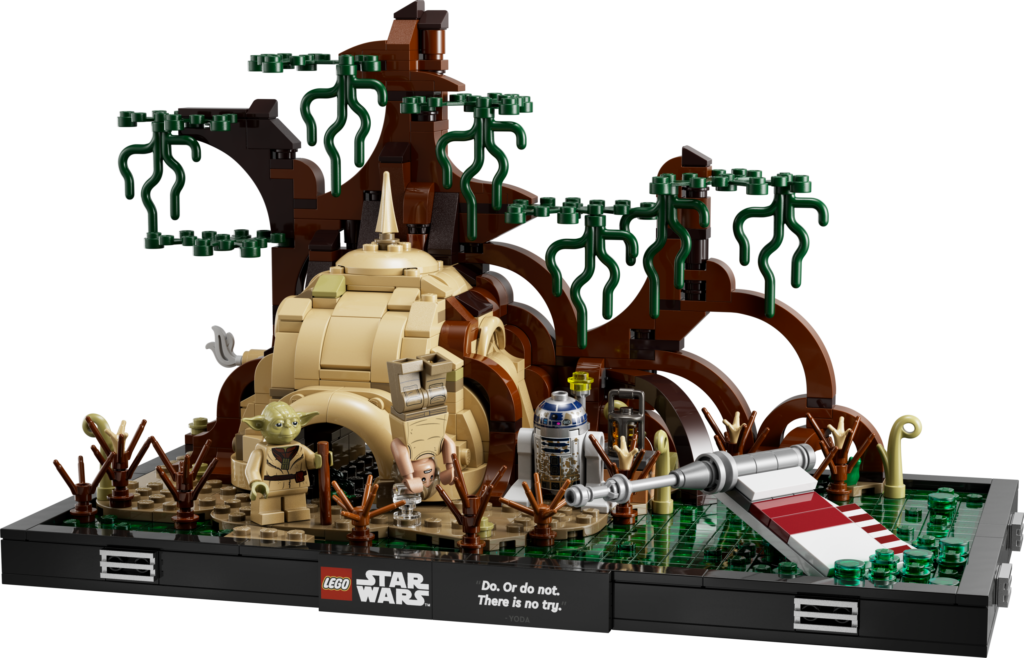 Inspired by Star Wars: A New Hope, the Lego Star Wars Death Star Trench Run Diorama invites builders to recreate the gripping scene of Darth Vader’s pursuit of Luke Skywalker, as Luke fights to destroy the newly-built Death Star for a victory on the Rebellion side. The build can be finished off with the memorable words of Darth Vader. “The Force is strong with this one.”

Completing the trio is the Lego Star Wars Dagobah Jedi Training Diorama building set, with which fans can relive moments from Master Yoda’s hut in the swamps of Dagobah. It comes with minifigures representing the characters of Yoda, Luke Skywalker, and R2-D2 along with the famous words from Yoda, “Do. Or do not. There is no try.”

The new sets are available from Lego stores and retailers on 26th April.