The Lego Group and Universal Music Group have revealed the full Lego Vidiyo line-up as the first wave of products launches. 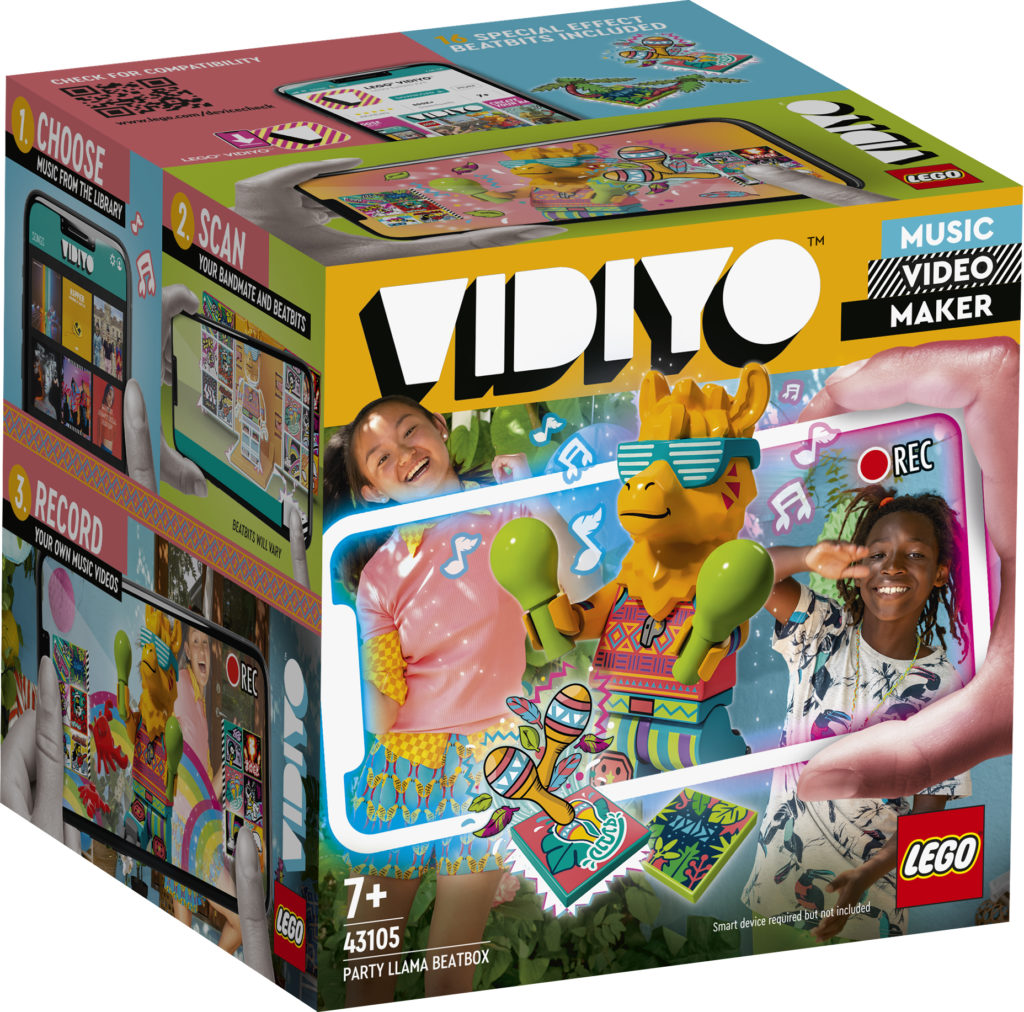 A playful and innovative music video maker experience supported by a series of BeatBoxes, Bandmates, BeatBits and augmented reality, Lego Vidiyo has been designed to celebrate and expand children’s creativity through play and music.

Teased last month, Lego Vidiyo sees physical and digital play come together as special effect ‘BeatBits’ and music inspired minifigures integrate and come to life through AR in a vibrant new app, available for download now. Meanwhile, the first ever Lego minifigure has been signed to a global record deal.

The first Lego Vidiyo product drop consists of BeatBoxes, Bandmates and BeatBits. Fans will discover six unique portable BeatBoxes that each hold a minifigure representing a specific music genre, a scanning-stage, two special BeatBits and 14 random BeatBits. BeatBoxes can transport up to 16 BeatBits and have a building plate that can be customised with a selection of Lego tiles to suit the style of its owner.

12 Bandmates are also part of this first wave of products, offering a range of Mystery-Box collectable music-inspired minifigures. These each come with one special BeatBit and two random BeatBits. BeatBits are a combinable system of audio-visual effects, printed like little album covers on 2×2 tiles representing music effects, character dance moves and scene props that come to life when scanned by the Vidiyo app. 130 different BeatBits are set to launch in the first year.

The first six BeatBoxes and 12 Bandmate characters to debut are:

Products will be available from March 1st, with BeatBoxes priced at £17.99 and Collectible Bandmates at £3.99. 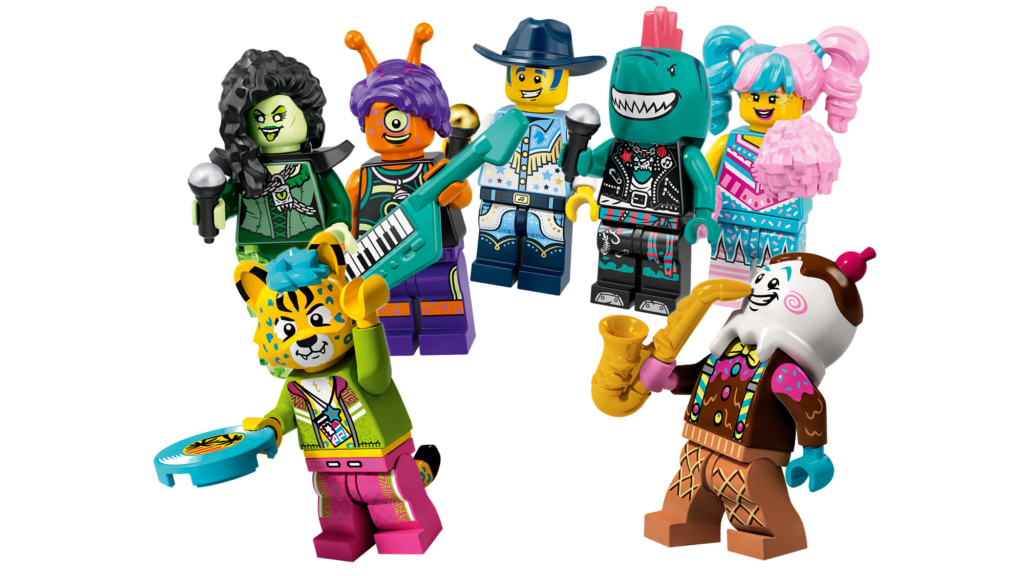 There will be around 30 songs from UMG global artists, including chart toppers and classics, available on the app from launch, with new tracks added frequently. Each song has been programmed to work intuitively with all the BeatBits to ensure they link in harmony, including special music effects that match the beat of the track giving children an incredible level of creative audio customisation.

To produce a Vidiyo creation, kids simply download the app, choose the music, scan the Lego minifigures and BeatBits and then see their choices brought to life through augmented reality. Masterpieces can then be recorded and shared on a fully-moderated, kid-safe social feed.

Children can create their own customised bands, selecting clothing, band names and album covers. By taking part in regularly updated in-app challenges and scanning in products, points are earned which can be used to unlock additional customisation options.

UMG label, Astralwerks, has signed a new artist; L.L.A.M.A – a live action, human version of the DJ Llama minifigure from the Tropicon BeatBox.

“Play and music are both universally appealing and have a fundamental impact on the development of children. With Lego Vidiyo we can now provide a kid-safe space for children to express their playful creativity through music video making to develop these new skills” said William Thorogood, VP and executive producer of Lego Vidiyo, the Lego Group. “The partnership with UMG brings with it innovation on so many levels, from an exciting new music-centred product and app experience to ground-breaking ways of engaging fans with the signing of L.L.A.M.A. Now that Lego Vidiyo is out in the wild, I’m so excited to see what the young creators of today have in store.”

Joshua Burke, VP, Strategic Marketing & Global Partnerships, Universal Music Group added, “It’s an exciting day for Lego Vidiyo, finally revealing the full experience and topping it with the first ever record deal for a Lego minifigure. While expanding their creative and technical skills and having fun, children will be learning, experimenting and expressing themselves in their very own music videos.”