Lego will be running three spots featuring L.L.A.M.A in the first ad break of the final of ITV’s The Voice UK, airing on Saturday 20th March. 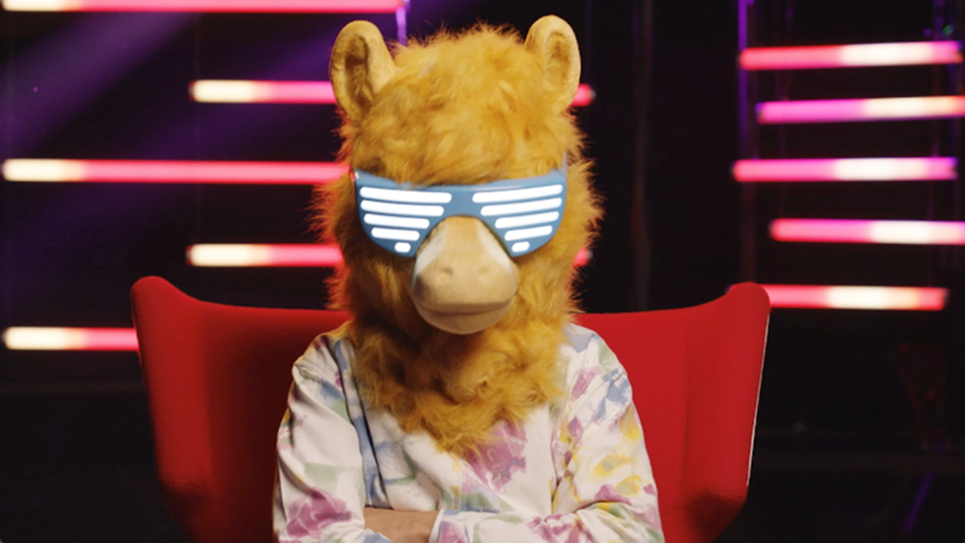 The Lego Group successfully launched Lego Vidiyo in January. The launch was supported by a comprehensive through-the-line marketing campaign, plus a below-the-line creative campaign called #VIDIYOVibes played out across PR, social, talent and Influencer channels. This activity is being followed by three 20 second spots airing in the first advertisement break of the final of ITV’s The Voice UK, this Saturday.

The creative of the TVCs depicts the backstage adventures of L.L.A.M.A. who will be seen commandeering Olly Murs’ dressing room, before daydreaming about pressing the big red buzzer in his own red swivel chair and finding himself immersed in the world of Lego Vidiyo. We see him surrounded by dancing Minifigures with special effects filling the stage, before we zoom out to see he’s actually been making his own music videos in the Lego Vidiyo app the whole time.

Lego head of marketing UK & Ireland, Marius Lang, commented, “It’s been a very exciting time for the Lego Group with the launch of Lego Vidiyo, combining new technology with the much-loved Lego system in play. The Voice UK spots are a really exciting culmination of our successful through-the-line integrated launch campaign and we’re looking forward to tuning in on Saturday 20th March to see them air.”

Bhavit Chandrani, ITV director Digital & Creative Partnerships, added, “This work with the Lego Group really shows the kind of creative opportunities available to brands to be part of ITV’s big Saturday night shows, reaching an engaged mass audience. The spots work perfectly with the programme and I’m sure will resonate with viewers of The Voice UK final.”

The campaign will be amplified online, with social content running across ITV’s The Voice UK social channels, Lego channels and the Instagram channel of L.L.A.M.A. himself. In the week following the final, a 30 second amalgamation will drive engagement across paid, using social, OLV (targeting those watching The Voice UK content on YouTube), and BVOD (targeting those watching the show on catch up).

Readers can find out more about #VIDIYOVibes via the LegoYouTube channel.