The winners of the 2020 Licensing International Excellence Awards have been unveiled in a live, virtual event. 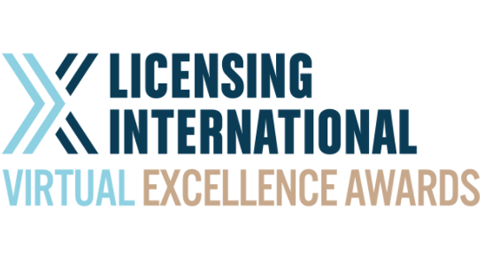 This year’s virtual event was hosted by Handcraft VP and stand-up comic Marshall Mizrahi. The 23 awards winners from around the globe, including companies from Brazil, France, Germany, Korea, the United Kingdom and the US, were unveiled by 10 leading licensing executives.

Winners of both the main awards and the Hall of Fame were presented with newly redesigned trophies that were unveiled at the event, designed by Alternatives and PowerStation Studios, respectively. Online attendees also saw Martha Stewart inducted into the Licensing Hall of Fame

Maura Regan, president, Licensing International, commenetd: “This year marks the 35th anniversary of the International Licensing Awards, and while we had of course looked forward to celebrating in person, this virtual gathering was an amazing event. Perhaps more than ever, it was important to celebrate the incredible creativity and innovation of our industry. Seeing the very best work of this industry on display, alongside some of the dynamic executives who drive it, was a powerful reminder that, in the wake of uncertainty, the power of trusted brands and well-known licenses is more critical than ever before.”

Of interest to those working in the kids’ space, winners of the Best Licensed Products included:

In the Best Licensed Brands category, awards went to:

A full list of winners can be found here.