Following the fantastic achievement of the Channel swim, fundraising continues with the £250,000 target tantalisingly close. 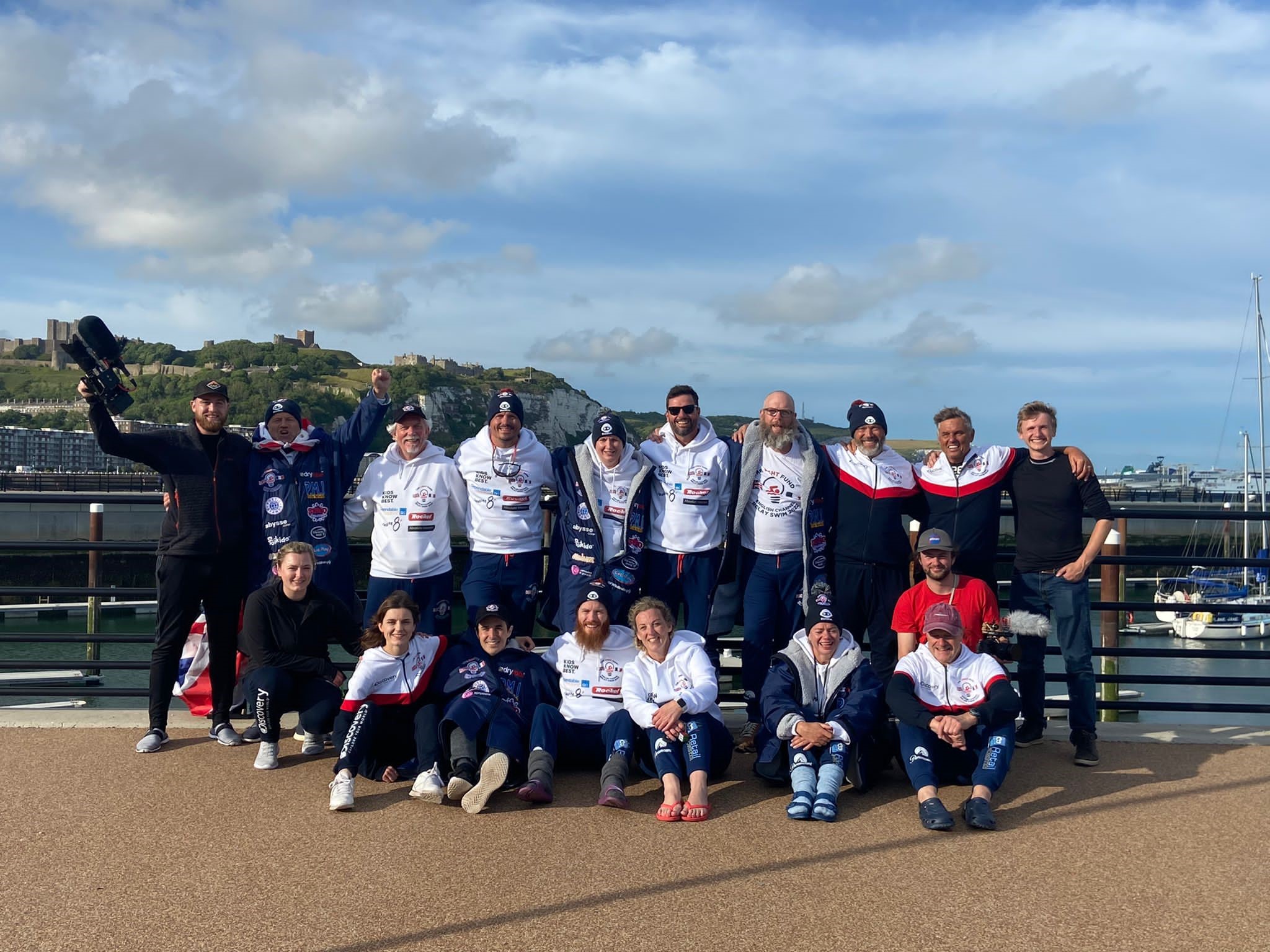 After a nerve-wracking 24-hour delay due to adverse weather conditions, the two teams swimming for the Light Fund English Channel Relay fundraiser set out just after 11.00pm from Samphire Hoe, Dover, on Wednesday June 29th. Some 15-and-a-half hours later, both teams were safely on dry land, cheered on throughout their swim by hundreds of supporters in a special WhatsApp group and boosted by the thousands more pounds they had raised overnight.

The team report that the cold, the dark, jellyfish and, of course, seasickness were constant challenges. As night turned to day, it brought the additional dangers of swimming in the world’s busiest shipping lanes, high winds, two-metre swells, sheer exhaustion – and even more seasickness. Of the 12 swimmers involved, nine were physically sick, and the weather was most certainly not as forecast.

Although both teams are now taking a well-earned rest, the fundraising for the Light Fund isn’t over. With this year’s £250,000 target tantalisingly close, there are still ways to support this astonishing feat.

Bioworld International has planned a series of celebratory t-shirts with a limited number of sponsorship opportunities. To find out more, contact Mark Kingston on kingston.ma@icloud.com or 07795 061923. There are ten corporate logo slots available at £500.00 each, and all sponsors who have supported tThe Light Fund Channel Relay will be namechecked in a special celebratory challenge event film presentation at the 2022 Licensing Awards in September.

Supporters can also celebrate with a special Light Fund beer, and the event’s Just Giving page is still open.

Event challenge organiser Stephen Gould commented: “Despite much worse conditions than we had anticipated, determination, tenacity, exemplary teamwork and months of training won out. Our thanks to the two teams, all the support staff and the many wonderful people who sponsored us, donated or cheered us on. We made it to France, and now we’re very close to our quarter-million-pound target, so please do donate, sponsor a t-shirt or buy a Light Fund beer if you’ve yet to do so. Please remember also that 25% of what we raise will go directly to the wonderful and invaluable work of the RNLI.”