Joe Henderson, showrunner and executive producer on Lucifer, is said to be writing and producing the new Netflix series. 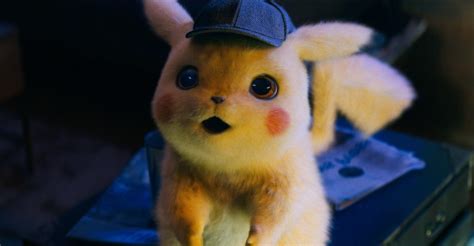 Sources say the live-action series will be similar in appearance to Detective Pikachu.

Variety has reported that a new live-action Pokémon series is in early development at Netflix. Although information is limited at this stage, sources have told the platform the project will be similar in appearance to the Detective Pikachu movie released in 2019, which starred Ryan Reynolds and Justice Smith.

Jo Henderson, whose popular Netflix show Lucifer will air its sixth and final season this summer, is said to be writer and executive producer of the Pokémon series. Reps for Netflix and Henderson did not immediately respond to Variety‘s request for comment.

The Pokémon franchise is celebrating its 25th anniversary this year with a slate of events and product releases. Starting today, fans can enjoy a distinctive Pokémon branded area in the toy department on Harrods’ fourth floor, featuring digital screens and displays themed with 24 first-partner Pokémon from all eight Pokémon regions, along with the iconic Pikachu. A variety of themed activities will enhance Harrods customers’ overall Pokémon experience. The month-long pop-up features a wide range of Pokémon product across toys, the Pokémon Trading Card Game (TCG), stationery and accessories.

Other celebrations have included a live concert starring Katy Perry and Post Malone, and the hugely successful release of Shining Fates, a special expansion, earlier this year.