In an open letter to The Times, 61 retail CEOs have backed the British Retail Consortium’s demand for guidance in the event of Lockdown 2 being extended, as logistical issues loom. 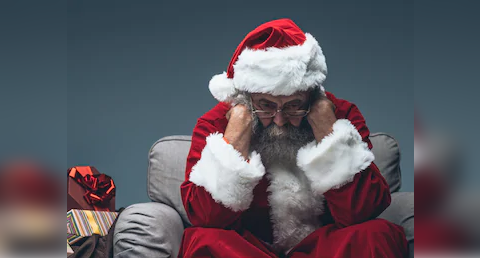 Retail chief executives and the BRC have joined forces to warn the government of long-lasting damage to high street retail if the government decides not to end the second lockdown on December 2nd. The Entertainer’s Gary Grant has also told the media that there “is not enough delivery capacity”  should the current four-week lockdown in England be extended.

In the open letter, sent from the BRC and signed by 61 retail bosses, the retail body called for guidance on the upcoming peak trading season.

The  letter reads: “With less than two weeks to go until the Chancellor’s Spending Review, it is vital that retailers get the clarity they need over the future. Christmas is fast-approaching and half of retail has been forced to shut – depriving these stores of around £2b per week in sales. November and December account for over a fifth of all retail sales and if all shops are not allowed to reopen by the start of December, many stores may never reopen, putting hundreds of thousands of retail jobs at risk.”

The BRC notes that the government’s own reports have stated that the closure of shops would have a minimal impact on the transmission of Covid, and points out that retailers have invested heavily in making stores Covid-secure.

John Lewis Partnership operations director, Andrew Murphy, has already voiced concerns that the retailer will have insufficient time to prepare for seasonal demand, needing to know whether to bring temporary staff into shops or to direct up to 400,000 product lines to online warehouses and delivery channels, while Stephen Barnes of indie chain Toy Barnhaus told Toy World: “The biggest issue for us currently is not knowing whether we will definitely re-open in December. It has been a really tough year, continually having to react to changing circumstances and deal with so many different challenges.”

Shoppers have been urged to shop early for Christmas to avoid delivery backlogs, and the second lockdown in England has encouraged more to shop online. Supply chains and delivery networks are already under strain; a situation that will only be made worse if physical stores do not reopen in December. As many retailers in England will remain shut during Black Friday this year, even more shoppers will have to shop online.

Dino Rocos of Future Retail Logistics has told The Sun couriers could be forced to cap the number of orders they can handle, while David Jinks, of courier firm Parcelhero, has already seen online order demand stretched to capacity. He warned: “All you need is bad weather or something else to be the straw that breaks the camel’s back.”

Meanwhile, shipping and haulage companies have complained of “chaos” at UK ports, includiing Felixstowe, affecting goods in the run-up to Christmas. Freight manager Matt Hudson warned that the issues were “delaying freight going into shops for consumers to buy.”

Gary Grant of The Entertainer has been reported as having his November delivery of Lego cut back to 40% of stock ordered, and does not expect the situation to improve in December. Lego says it is working closely with retail partners to meet the high demand and make sure products are widely distributed “in a fair manner”.

Gary believes this is the worst threat to supplies, across many different products, in over 40 years working in the toy industry, and is concerned that, with insufficient delivery capacity, Christmas gifts may not be delivered in time if shops are forced to shut throughout December. Retailers are under added pressure to get deliveries right, with the last leg of supply chains proving critical in determining whether shoppers would use the particular store again.

Communities secretary Robert Jenrick has insisted England will exit lockdown on December 2nd but admitted the planned return to tiered measures remains “under review”, but added, “we won’t be able to make a definitive call until the end of the month.”

The BRC letter concludes: “Retail stands on the brink and decisive government action is needed to save it. Retailers of all shapes and sizes must be allowed to reopen by the start of December. Without this, there will be little festive cheer left on our high streets.”