The launch of Kazoom Kids will be supported by an extensive marketing and PR campaign and new Kazoom Kids webisodes will launch on the SuperThings YouTube channel. 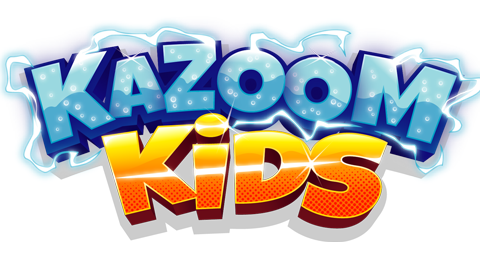 SuperThings Kazoom Kids launches 20th August 2021. For the first time ever, the power of the Kazoom has been passed to the humans of Kazoom City, turning the children into Kazoom Kids with SuperThing hero and villain powers. New heroes and villains will be unleashed in the form of 80 new collectible characters, a range of accessories and a toy line.

Kids can expand their SuperThings world with the all-new 90p blind bags, some of which contain rare gold and silver characters or the Ultra Rare Sparky, adding to the collectability. There will also be eight Super Jets to collect complete with a pullback function.

New to the series are Kazoom Kids characters. The six 5” figures, each with secret weaponry, also come with their SuperThing alter ego. Kids can choose between ice cream, pizza, trash, starberry, pinata and candy as they build their Kazoom team. The Kazoom Kids can also travel around Kazoom City in the Super Jets.

Magic Box has also developed value-added packs including the blister 4-pack and 10-pack, a Starter Pack and the Mega Pack. Complementing the collectible series will be a toy range designed to enhance the world of SuperThings for fans. The Cactus Team and Balloon Team play sets contain an exclusive Kid Kazoom, three exclusive SuperThings, a Spike Roller Vehicle or Balloon Boxer vehicle, and two Side Car Blaster Jets. The ultimate transformation station, the Training Tower play set lets collectors train their Kazoom Kids to fly, shoot, box and fight like SuperThings, and includes lights and sounds for added entertainment.

The launch will be supported by an extensive marketing and PR campaign, including a 1,000+ TVR TV advertising programme, a strong social media presence, plus in-store theatre and merchandising options to support retail partners. In addition, a specific You Tube advertising campaign will launch on 20th August with an expected 10m+ impressions. New Kazoom Kids webisodes will also launch on the SuperThings YouTube channel.