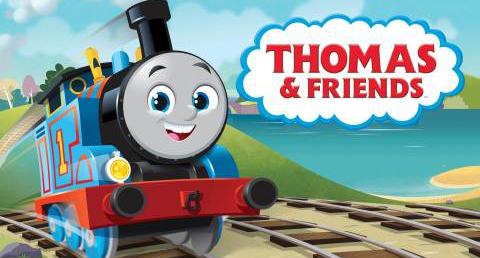 Following news of a Thomas & Friends feature film, Mattel Television has announced it will enter into a co-production partnership for the TV episodes.

Corus Entertainment’s Nelvana Studio, a leading international producer and distributor of children’s animated and live-action content, is to co-produce the series starting with Season 25, which will premiere in autumn 2021. The new production will introduce a new creative approach, bringing the series up to date for today’s generation.

Building on the long-standing success of the television series, which first launched in 1984, the new series will start with Season 25 and will be animated in 2D. It will also build upon creative elements that have resonated with fans over the years by featuring comedic, playful stories and lessons told from Thomas’ point of view.

Fred Soulie, senior VP and general manager, Mattel Television, commented: “‘Thomas & Friends’ enduring legacy and focus on the importance on friendship continue to resonate with global audiences, and we look forward to unveiling our new content to consumers next year. Nelvana is the ideal production partner for the series, understanding the importance of staying true to Thomas’ ethos and heritage while bringing the franchise to life creatively in new ways for today’s kids.”

“As the exclusive broadcast partner and licensing agent of the treasured Thomas brand in Canada, we are delighted to deepen our relationship with Mattel by becoming their production partner on the re-imagined 2D series, which will introduce Thomas to a new generation of young audiences,” said Pam Westman, president, Nelvana. “With stunning animation and fresh new stories, the 2D series allows us to play up the humour in the show while honouring the legacy of the world’s most-adored blue tank engine.”

Executive producers for Season 25 of “Thomas & Friends” include Fred Soulie, Adam Bonnett and Christopher Keenan at Mattel, as well as Colin Bohm and Pam Westman at Nelvana.