Lily Collins, best known for US TV series Emily in Paris, will take the lead role of Polly in the movie based on Mattel’s popular micro-doll line. 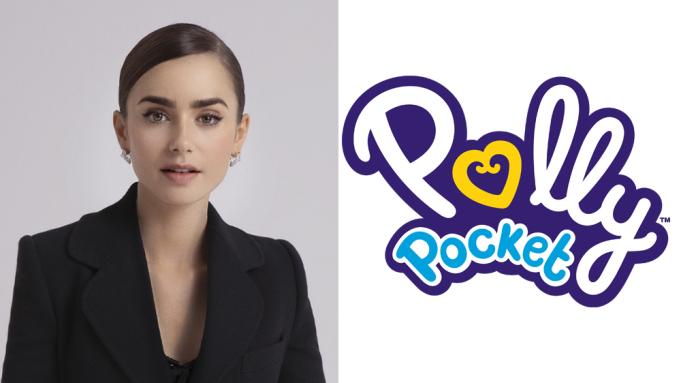 Mattel Films is working with Metro Goldwyn Mayer (MGM) and Lena Dunham’s production company Good Thing Going, and Lily Collins, who will star in the leading role as Polly. The film follows a young girl and a pocket-sized woman who form a friendship.

The Polly Pocket franchise has been delighting children for more than three decades and the movie is sure to boost the dolls’ popularity even more.

“I’m so excited to partner with this inspiring powerhouse of a team,” said Lily Collins. “Developing this project with Robbie, Lena, Mattel and MGM to reintroduce Polly in a fun, modern way has been such a treat. As a child who was obsessed with Polly Pocket, this is a real dream come true and I can’t wait to bring these tiny toys to the big screen.”

Robbie Brenner and Kevin McKeon will lead the project for Mattel Films while Sandino Moya-Smith and Winnie Carrillo will lead for MGM. Good Thing Going’s Liz Watson and Michael P. Cohen will serve as executive producers.

Robbie Brenner, executive producer of Mattel Films, said: “The incredible nostalgia that Polly evokes, coupled with Lena’s fresh approach and Lily’s take on the character, will introduce an entirely new interpretation of this classic brand to audiences. We look forward to working with MGM to produce a feature film that will appeal to the whole family.”

The Polly Pocket line includes dolls and accessories, and is the number one selling global play set dolls growth property, according to the NPD Group. In 2018, Mattel reintroduced the popular 90s sensation with updates including features such as hidden worlds and fun surprise formats. Children today can also experience Polly Pocket and her world through an animated television series, as well as content on YouTube, that inspires kids to be adventurous, bold and to never let being little get in their way.