The two new Barbie specials will premiere on broadcasters and streaming services around the world beginning this spring. 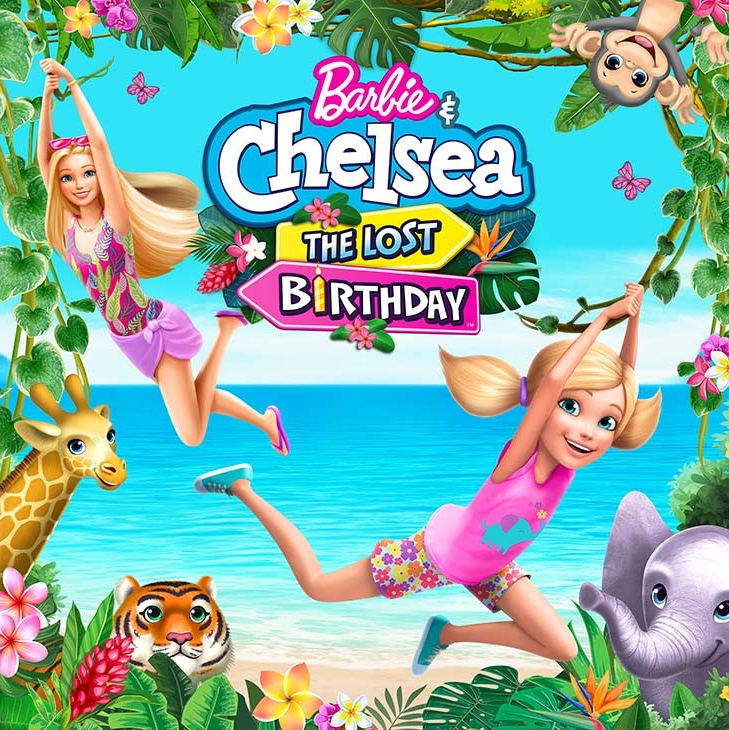 Barbie & Chelsea The Lost Birthday, a dedicated television movie featuring Barbie’s younger sister Chelsea in a starring role, will launch in spring this year. Following the success of Barbie Princess Adventure, Mattel Television will also release a new musical special globally this autumn. The musical special will follow Barbie and her friends to New York City

Directed by Cassi Simonds (Barbie Dreamhouse Adventures), Barbie & Chelsea The Lost Birthday tells the story of Chelsea, Barbie’s youngest sister, and the rest of the  family as they set sail on an adventure cruise for her seventh birthday. When they cross the International Date Line, Chelsea discovers her actual birthday has been lost and she embarks on a fantastical journey through an enchanted jungle island in order to save it.

“Barbie’s brand message, about inspiring the limitless potential in every child, and her stories resonate deeply with both kids and parents all over the world,” said Adam Bonnett, executive producer, Mattel Television. “This year, we are expanding the Barbie content universe in a number of ways starting with a fantastical story centered around Barbie’s little sister, Chelsea, an incredibly popular character in the Barbie family. We have barely scratched the surface of the stories the brand can tell, and this is the first of many scripted and unscripted Barbie projects we have in production and development.”

The 60-minute special will be available on Netflix in the US and Pop in the UK, as well as on Cartoonito (Italy), 9Go! (Australia), Neox Kids (Spain), SuperRTL (Germany), Carousel (Russia) and iQIYI (China), with additional broadcast and streaming partners to be announced.

The Barbie brand was recently named the 2020 top global toy property of the year by the NPD Group. As Mattel continues its push into television, the Barbie universe is set to expand; in addition to launching new content focused on Chelsea, the brand will also introduce complementary dolls, playsets and accessories based on the character this spring. These new products are part of a broader strategy to expand the franchise with items focused on Barbie’s friends and family.

The Barbie specials are part of Mattel’s ongoing development of its TV business. The company is also teaming with Fremantle to adapt its iconic Whac-a-Mole game as a reality competition series and is also adapting its classic card game Uno for television. A feature film based on Uno is also reportedly in the planning stages.