Scalpers caused chaos when they snapped up supplies during the promotion in the US. 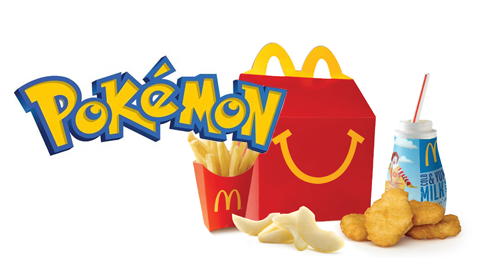 McDonald’s is set to restrict the number of additional toys customers can buy when Pokémon comes to UK Happy Meals from 19th May, according to eurogamer.net.

UK McDonald’s restaurants are being warned to place limits on customer spending with customers reportedly being limited to one additional toy beyond their Happy Meal allocation, though there will not be a limit on buying the Happy Meals themselves.

In the US, reports suggested Happy Meal food was being found binned, while large stock boxes of the cards meant for delivery to McDonald’s restaurants mysteriously appeared on eBay.

Online, YouTubers broadcast pack openings for large quantities of Happy Meal boxes they had driven round different McDonald’s to order, while families complained they had turned up at outlets later that day to be told all restaurants in their local area had sold out.

Pokémon cards have recently seen a huge resurgence in popularity due to big name YouTubers buying up some of the few remaining unopened boxes of original cards, and generating a spike of interest that only raises the prices of these cards even higher.

Sets of the Pokémon cards available in US Happy Meals are currently listed on eBay for hundreds of dollars.