The return of the colourful Lalaloopsy Dolls will see new characters join the range and a new content series on YouTube. 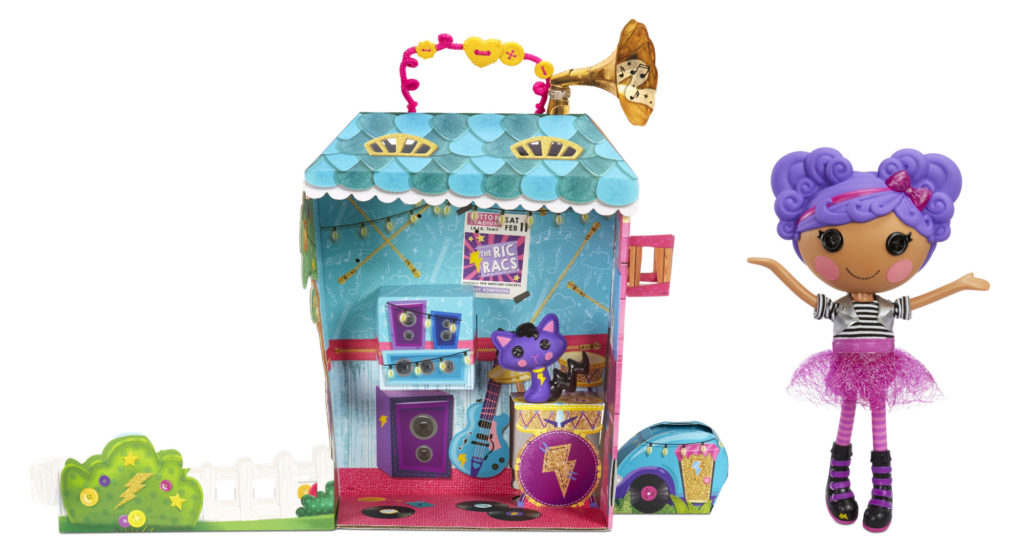 Lalaloopsy Dolls are colourful rag doll collectibles that are returning to the market, 10 years on, with exciting new characters, as teased earlier this summer. Aimed at girls aged 3–6 years, Lalaloopsy offers a whimsical world of characters with unique personalities derived from the fabric used to sew them, inspiring kids to develop their own creativity. The brand bridges generations with classic toy play and modern technology, while encouraging children to bring crafting into playtime.

The collection is being released in response to a petition signed by thousands of parents keen for MGA to bring back their favourite dolls.

“We’re so excited to share Lalaloopsy with a whole new generation of creative children who will love to play with her,” said Isaac Larian, CEO and founder of MGA Entertainment. “It’s obvious our fans miss Lalaloopsy with the amazing petition from moms. Young children love the cute characters and traditional creative play and we love to make our fans happy with the return of Lalaloopsy.”

The Lalaloopsy Large Doll is the largest collection in the range, offering eight beautifully stitched dolls to collect. Each doll has her own unique personality and sewn on date and comes with her own pet and reusable house playset. Audiences will also recognise Lalaloopsy from its new content series on YouTube, where episodes are being added weekly, as well as existing content on popular kids’ TV channels and Netflix.

The line also includes Lalaloopsy Littles Dolls, which are the cute, younger siblings of the Large Dolls. With six to collect, each doll also comes with their own pet and reusable house.

Also in the collection is the Lalaloopsy Silly Hair Doll. Children can have fun bending, twisting and styling the dolls’ hair. There are two Silly Hair Dolls to collect, and both come with their own pet as well as hair accessories. To inspire imaginative play, the set also comes with a salon reusable playset.

The Lalaloopsy Sew Royal Princess Party will launch later in the year, with a fairytale theme. There are two magical dolls to collect in this range, with each set containing one large doll and her pet, one little doll and her pet, and a mini version of each doll.

For more on the world of Lalaloopsy, click here.