Businesses warned of border checks for imports from the EU from next year. 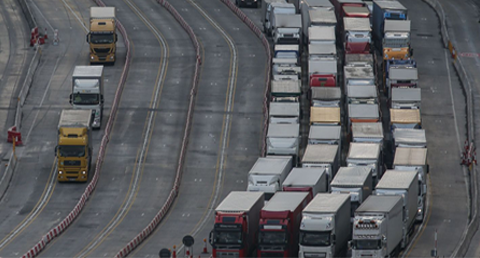 According to a report in the Guardian, Michael Gove has informed UK businesses trading with Europe that they need to prepare for “significant change”, with “inevitable” border checks for “almost everybody” who imports from the EU, from next year. He confirmed that detailed border checks will be in place for nearly all EU imports , something that industry leaders have campaigned against.

In the first official confirmation of government-imposed trade barriers post-Brexit, he warned there would be checks on food and goods of animal origin, plus customs declarations and mandatory safety and security certificates required for all imports.

“I don’t underestimate the fact that this is a significant change, but we have time now to make that change,” Michael Gove told delegates at a Cabinet Office event entitled Preparing Our Border for the Future Relationship. He suggested that it could take five years to get a smart border involving online processes up and running, but insisted businesses had to be ready for the change next January, whatever the outcome of the next phase of Brexit negotiations.

Later the government issued an official update confirming checks on both imports and exports. The update warned that the “policy easements put in place for a potential no-deal exit will not be reintroduced, as businesses have time to prepare”. The “easements” that will not apply include deferred VAT payments on imports, which the government had considered in a no-deal plan.

According to attendees, it was stated that the government is determined to stick to its vow to no longer follow EU rules that would allow it to minimise future barriers in cross-border trade. They were told that it was the government’s aspiration to make sure trading with the EU was “as smooth and trouble free as possible” but that “we also need to ensure that people are ready for the regulatory checks that will follow”.

Elizabeth de Jong, the Freight Transport Association’s UK policy director raised concerns that the IT systems would not be ready until 2025. “We are naturally disappointed that the promise of frictionless trade has been replaced with a promise that trade will be as seamless as possible but not until 2025, with a more realistic but costly ‘make do and mend’ approach to be employed until then.”

Jill Rutter, senior research fellow at UK in a Changing Europe tweeted that the move would “at a stroke remove any benefits from any business trading with the EU” and that businesses will see a “massive increase in red tape”.