The premium 8″ collectibles are based on Niklas Süle and Jude Bellingham, both of whom are kitted out in the new BVB Cup jersey. 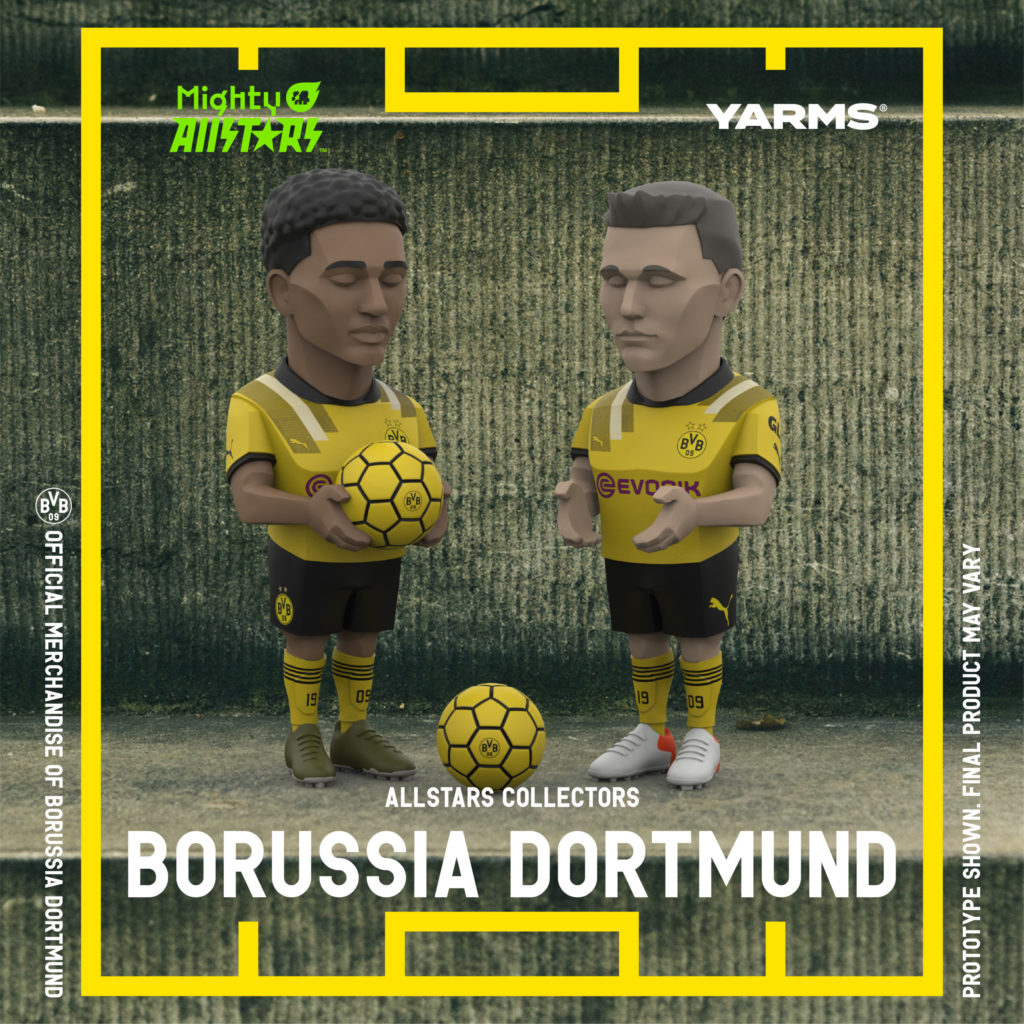 Featuring Niklas Süle and Jude Bellingham, the premium 8” vinyl art collectibles see the players kitted out in the new BVB Cup jersey for the 2022/23 season.

This new jersey will be worn by BVB players when competing in the UEFA Champions League & DFB Pokal Cup and is reminiscent of the ‘89 cup jersey in which the team achieved great success by bringing the cup to the Borsigplatz.