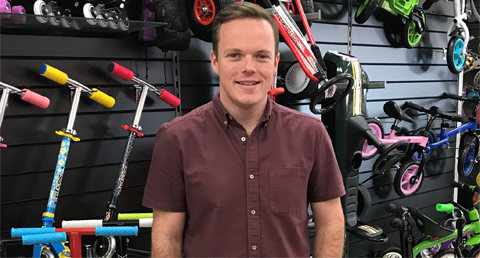 Mike Gascoigne once again emerged triumphant in this year’s Toy World Fantasy Football League, topping the table after the fantasy game mirrored real-life events, starting up again last month after a long mid-season hiatus. Mike finished with a relatively comfortable winning margin of 69 points, which represented another successful campaign for the former winner, who last topped the Toy World League two years ago. To put Mike’s performance in context, the game has almost 7.5m players worldwide and Mike finished in 3455th place overall – a major achievement by any standard. Mike led the Toy World league for much of the season, and although the chasing pack closed the gap slightly in the final weeks of the campaign, his lead had realistically been unassailable for some while.

With this year’s Premier League having finished extremely late, it will only be a matter of weeks before next year’s Fantasy League competition opens – if you’re interested in joining next year’s Toy World Fantasy Football League, drop john@toyworldmag.co.uk an email to register your interest. With ‘Dirty Leeds’ now back in the big time, I am anticipating an influx of Yorkshire-based interest in next year’s competition – and another keenly-fought competition beckons.