The release of the Minions sequel had already been pushed back to July this year, now the movie will not premiere until July 2022. 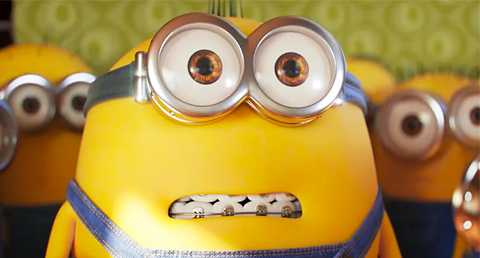 The release of Universal’s Minions sequel, Minions: The Rise of Gru, has been delayed another year to 2022, as many new movies continue to delay releases or choose to have a limited theatrical run and head to streaming early. Films such as Black Widow and No Time to Die have faced numerous release changes, with the studios determined to give the long-awaited titles cinematic debuts. However, the ongoing Covid-19 vaccine rollout has given the global cinema industry hope that it will fully reopen by the end of this year.

Universal’s Minions: The Rise of Gru, the sequel to the 2015 animated hit Minions, has already seen multiple release date changes Originally set to open in July 2020, the film was pushed back to July 2021 as Illumination was forced to close its studio in France due to the pandemic, meaning that the film was not able to be completed on schedule. The delay also caused other Universal movie releases, including Sing 2, to be pushed back.

Universal expects the Minions sequel to be a major box office draw, and is determined to avoid sending it straight to streaming. It is believed that delaying the film for a further twelve months will allow Universal to reserve a high-profile date on the year’s release calendar.

Minions: The Rise of Gru is the fifth instalment overall in the Despicable Me franchise, which began in 2010, and will tell the origin story of Gru, who Steve Carell returns to voice. The Despicable Me and Minions films combined have grossed more than $3.7b at box offices worldwide, making it one of the highest-grossing animated film franchises ever. It is the most profitable franchise for Universal, hence careful attention being given to the release date for the movie. The change will also ensure that the franchise’s promotional partners are able to fully support their brands surrounding the film’s release.