Illumination’s Minions: The Rise of Gru was scheduled to hit cinemas on 3rd July and does not yet have a new launch date. 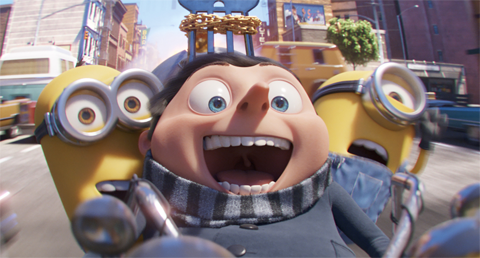 Universal and Illumination have delayed the release of Minions: The Rise of Gru due to the coronavirus pandemic. The animated family film was scheduled to hit cinemas on 3rd July and does not yet have a new launch date. Sources in the trade are suggesting that Universal is weighing up several potential options, which include dates towards the end of this year and also dates in 2021.

Cinemas across many countries have been shut down until further notice in order to lower risk of exposure to the virus. Illumination Animation also had to shutter its studios in France because of the global health crisis, meaning Minions: The Rise of Gru wouldn’t be completed in time for release in July.

Chris Meledandri, founder and CEO of Illumination, said: “In response to the severity of the situation in France, we are temporarily closing our Illumination Mac Guff studio in Paris. With this decision we are abiding by the French Government’s guidelines and doing everything possible to slow the spread of the virus as we care for our artists and their families. This means we will be unable to finish Minions: The Rise of Gru in time for our planned global releases. While we all grapple with the enormity of this crisis, we must put the safety and protection of our employees above all. We look forward to finding a new release date for the return of Gru and the Minions.”

Illumination’s Minions: The Rise of Gru is Universal’s third major movie to be postponed due to the pandemic. Fast & Furious instalment F9 will now open in 2021, while Trolls World Tour will forgo a traditional theatrical release and debut on home entertainment in April.

Numerous other upcoming films, including Disney’s Black Widow, Mulan and The New Mutants, as well as Paramount’s A Quiet Place sequel and MGM’s James Bond film No Time to Die, have also been delayed because of coronavirus concerns.