Monopoly fans given chance to bring back original token 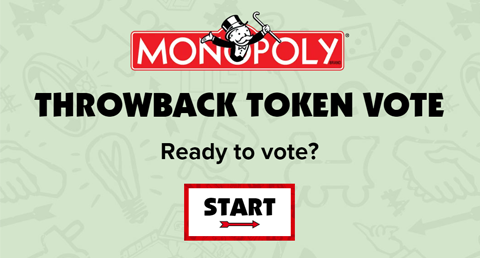 Hasbro has launched an all-new campaign, Monopoly Throwback Token Vote, giving fans across the globe a chance to bring back one of six retired iconic tokens from their childhood – Thimble, Wheelbarrow, Iron, Boot, Horse & Rider or Money Bag.

Underway now, readers worldwide can visit www.monopolytokenvote.com to choose one Throwback Token, first popularised in the 1990s, that they’d like to see in the next generation of the Classic Monopoly game – and vote one of the current tokens out. Voting will last for three weeks and conclude with Hasbro revealing the results of the vote to determine which Throwback Token will make the cut.

The chosen Monopoly Throwback Token winner will be updated and appear in a refreshed version of the Classic Monopoly board game, slated to hit shelves early in 2023. Tokens for the current Classic board game include the Scottie, Battleship, Racecar, Top Hat, Penguin, T-Rex, Hazel the cat and Rubber Ducky, though one of these will be replaced in the refreshed Monopoly.

“We know that fans across the globe have been missing the tokens of their childhood, and now is the chance to take a trip down memory lane and bring one back,” said Adam Biehl, SVP & general manager, Hasbro Gaming. “We’re so thrilled to give fans the opportunity once again to change the global best-selling board game through the Monopoly Throwback Token vote – but which iconic token will emerge victorious, and which current token will go into retirement?”

Monopoly tokens have remained a key element of the game since it was introduced in 1935. Scottie, Battleship, Racecar and Top Hat were some of the eight staple tokens during the 1990s. In 2013, fans then voted to include Hazel (cat) token as the newest Monopoly game piece while the Iron token was retired after receiving the lowest number of fan votes. In 2017’s most recent fan vote, the Thimble, Wheelbarrow, and Boot were retired and replaced by the Penguin, T-Rex and Rubber Ducky. ​ 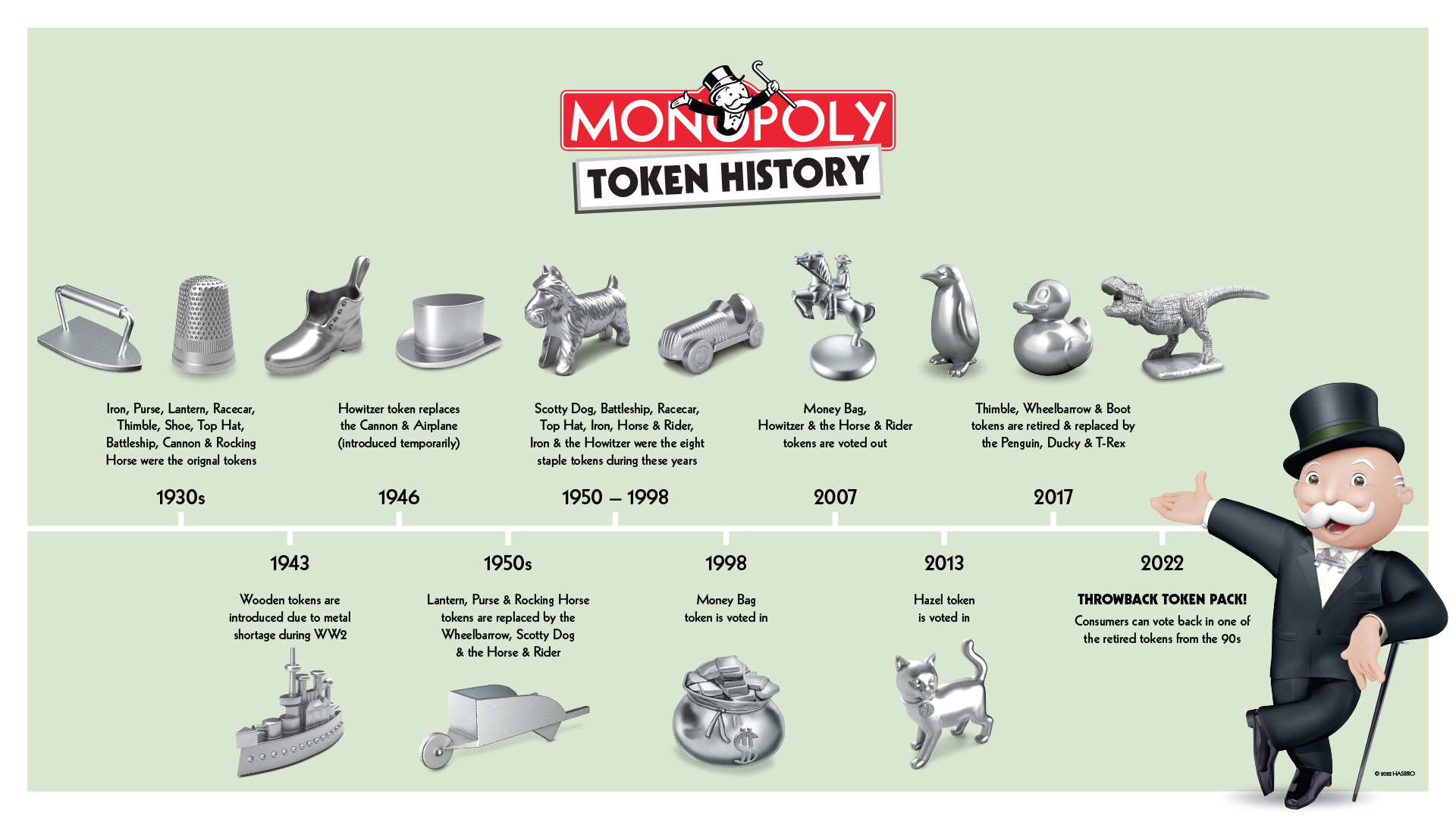