Monster High reboot in the works

Mattel and Nickelodeon have teamed up for a Monster High live action TV movie and animated series set to premiere in 2022. 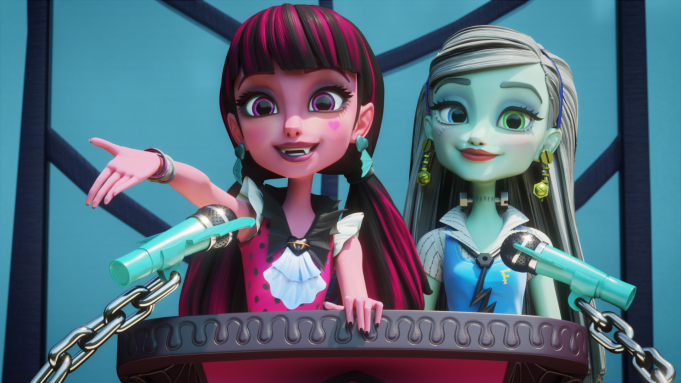 The new animated series and the franchise’s first live-action project will feature popular characters from the original series, which aired over ten years ago.These include Clawdeen Wolf, Draculaura and Frankie Stein, the daughters of classic monsters, as they attend high school.

“These classic monsters have always captured kids’ imaginations and we are so excited and proud to welcome Monster High to our brand for a new generation of kids,” said Ramsey Naito, president of Nickelodeon Animation.

The animated series will follow the characters as they navigate high school in the halls of Monster High. Along with the everyday tribulations of high school life, supernatural elements are added to the mix. It will be showrun by Shea Fontana, who has worked on DC Superhero Girls. Claudia Spinelli, SVP Animation Development,  is overseeing the project for Nickelodeon, and Mattel exec producer Adam Bonnett and Christopher Keenan, SVP Content Development, overseeing for Mattel.

Ramsey Naito added: “We have terrific partners on board at Mattel to create original content in different formats, and we can’t wait to showcase the comedy and adventure of these characters as they defy expectations and take on the world.”

The live-action project willl take the form of a TV movie musical event, written by Jenny Jaffe, who wrote on the Big Hero 6 TV series and is working on the new version of Rugrats, alongside Greg Erb and Jason Oremland (Princess and the Frog). Production on the Monster High movie is being overseen by Nickelodeon’s SVP Live-Action Zack Olin and SVP Live-Action Scripted Content Shauna Phelan.

Adam Bonnett, who is leading the live-action project for Mattel, had this to say: ““This property has always resonated deeply with fans and our reimagination of the franchise will focus on addressing important themes of identity and empowerment for kids today.”

“Monster High’s strong message of inclusivity is more relevant than ever,” said Fred Soulie, general manager, Mattel Television. “Nickelodeon shares our passion for the brand and its purpose having worked on the franchise when it first launched more than a decade ago. They are the ideal partners to bring these beloved characters and their stories to life through episodic television and the live-action television movie.”

The new Monster High activity follows the recently announced news of two Barbie TV specials, and further adds to Mattel’s ongoing development of its TV business. The company is also teaming with Fremantle to adapt its iconic Whac-a-Mole game as a reality competition series and is also adapting its classic card game Uno for television. A feature film based on Uno is also reportedly in the planning stages.