The latest toys include interactive plush, figures, vehicles and card games, all based on the hugely popular animated pre-school series. 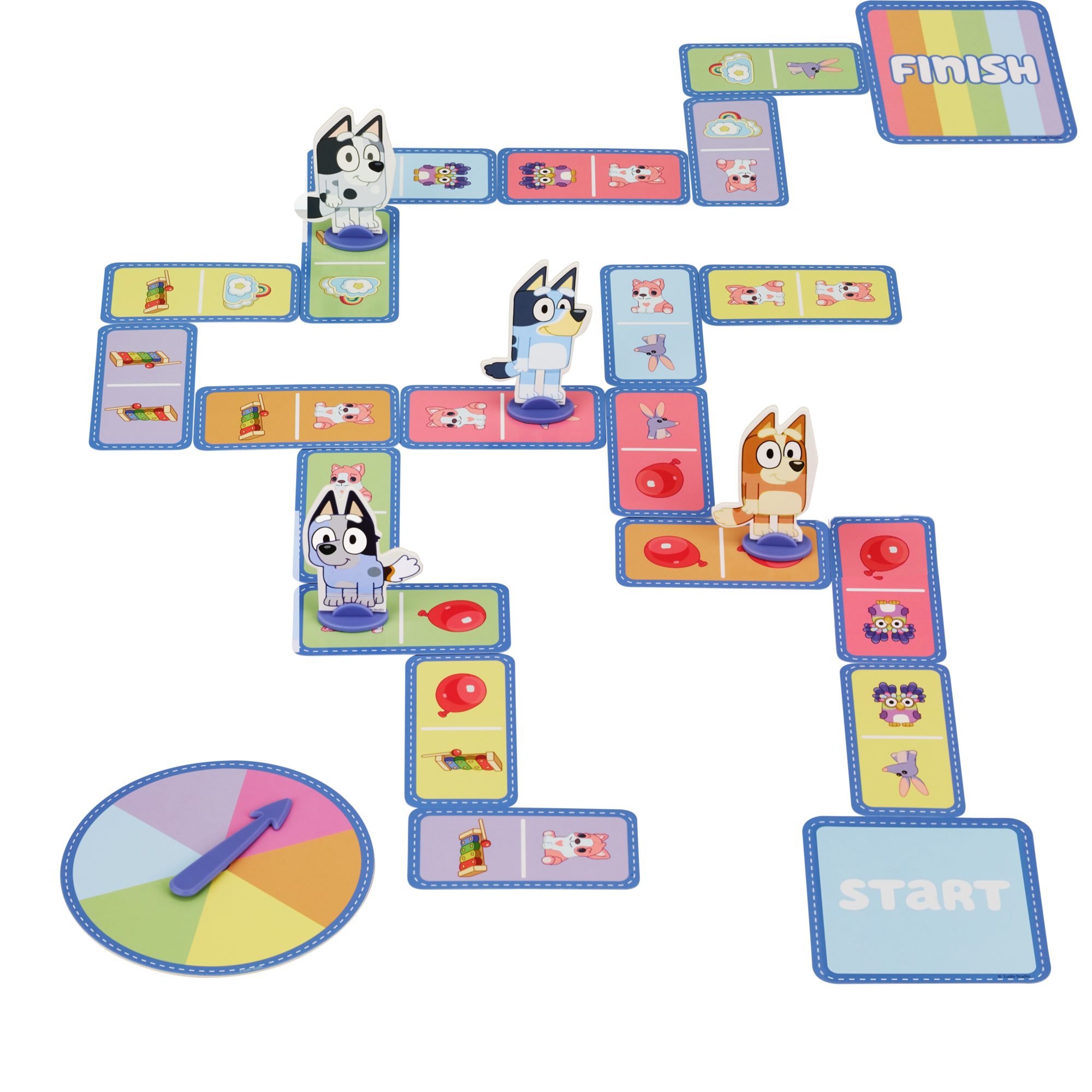 Leading the way is Bluey’s Caravan Adventures. Rolling out this month, the large play set includes everything the Blue Heeler dog family needs for outdoor fun. Inspired by the ‘Camping’ episode, where Bluey meets a new friend, Jean Luc, the play set includes an exclusive Jean Luc figure, a firepit and accessories.

Launching alongside Bluey’s Caravan are other new offerings to help families embark on their own adventures. The Talking Bluey Plush says nine phrases when his belly is pushed, including “I’ve got an idea!” and “For real life?”, while the Talking Bingo Plush says things such as “Ah…so relaxing!” and “Can you play games with us?”. He also sings the opening song from the Disney series.

Moose’s new themed figure sets feature Bluey and Bingo ready to play one of their favourite games of pretend, Queens. The adorable figures are dressed in a royal crown and regal brushed tricot cape that both can wear as they take turns being Queen for a day. Bingo and Dad (Bandit) also like to pretend in their work attire. They each are wearing their work badges from the episode ‘Work’, and come with a cloud bag accessory.

Perfect for family entertainment on-the-go, the Bluey Hopscotch Race Card Game sees players build a hopscotch path using cards, then spin the spinner to match the colour. The first one to the finish line wins the game. The game includes 44 colourful picture cards, a colour spinner and the four Bluey family characters as game pieces.

Paul Solomon, co-owner, Moose Toys, said: “Bluey has entered the cultural zeitgeist, an actual ‘pup culture.’ In addition to topping many prestigious must-watch TV and best show lists, last year Bluey was The NPD Group’s No.1 new licence year-over-year in the Pre-school Figures, Playsets and Accessories category and the No.2 new growth property in the total toy industry. It’s clear Bluey is a favourite among kids and adults, so we’re continuing to expand our toy line  to meet demand and allow kids to replicate their favourite episodes or create their own everyday adventures.”