Marketing drive sees release of trailer for new animated series, along with tournament on Nickelodeon YouTube channel to find the Ultimate Akedo Champion. 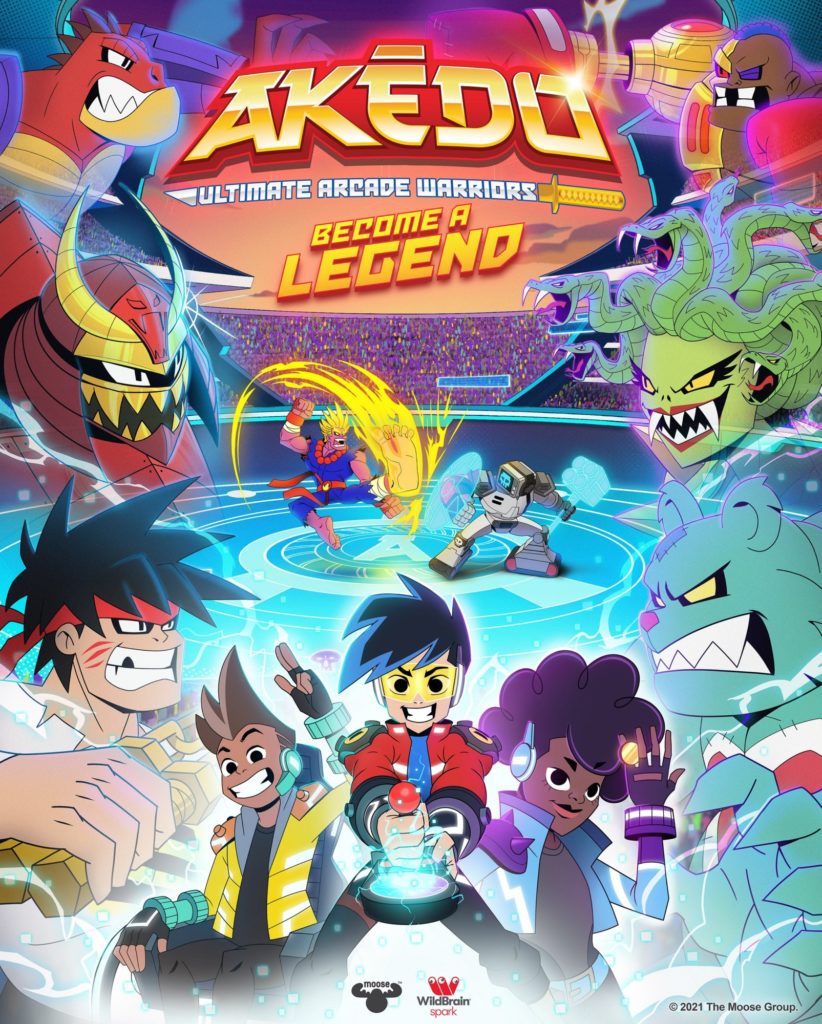 Moose Toys has kicked off a full-scale marketing campaign for its newly launched Akedo – Ultimate Arcade Warriors, the first brand to combine realistic battling action figures at a micro-collectible scale, and the toymaker’s biggest boys’ launch to date.

The campaign started yesterday (Thursday) with the release of a trailer for a brand new animated series, produced in partnership with WildBrain’s premium kids and family AVOD network, WildBrain Spark, which can be viewed on the MooseTube Mania YouTube channel.

Fans will also able to watch The Akedo Super Ultimate Ultimate Tournament, a branded programming video showcasing an exclusive bracket-style tournament on Nickelodeon’s YouTube Channel, which has over 50m views each month. The event will match up 16 competitors made up of kids and top influencers, with each competitor battling for their warrior to win the title and become the Ultimate Akedo Champion. The event goes live on 15th August on Nickelodeon’s YouTube channel.

Derived from the Japanese word for arcade, Akedo has a retro gaming look and combines it with kids battling one-on-one with 39 unique warriors including ninjas, robots, gladiators and Vikings, alongside teddy bears, a dinosaur and clowns, using skill and strategy to claim victory over their equally well-equipped opponents.

Following the trailer from Moose and WildBrain Spark, a mini movie will premiere on 2nd July and full episodes will roll out shortly after. Episodes also can be viewed on Amazon Prime Video Direct. Moose has also partnered with WildBrain CPLG, to manage a global licensing programme for the Akedo brand across all categories to follow the toys’ launch, and WildBrain will handle global distribution for the new series.

“Our success in the boys’ aisle with the Treasure X and Heroes of Goo Jit Zu lines established Moose as a toy super innovator in the category. We are pulling out all of the stops with the Akedo launch. Combining our expertise in collectibles, WildBrain’s cutting edge approach to content and licensing and Nickelodeon’s ability to create on-trend interactive events for its highly engaged and loyal audience, Akedo is positioned to deliver a knock-out hit. It’s the most dynamic battling toy ever, and with deep collectability and engaging entertainment, we are delivering a fully-rounded experience that meets kids where they are,” said Ronnie Frankowski, chief marketing officer, Moose Toys.

Akedo will launch in major retailers in August, and there are 39 epic mini warrior action figures to collect, each with an individual fighting style and unique battle-ready accessory. Every product includes battle controllers that feature a number slide to keep score. Suitable for ages 6+.

Figures are available in One Player Packs and Warrior Collector Packs (containing four warriors), while the Starter Pack Legendary Punch Attack includes three warriors, (one each Legendary, Epic and Classic), a deluxe joystick controller and a rotary dummy training piece to perfect the split-strike move.