Moose will deliver a toy line that builds on success of Magic Mixies Magic Cauldron, positions it as a player in the Games category, and flexes its ‘pre-school properties prowess’. 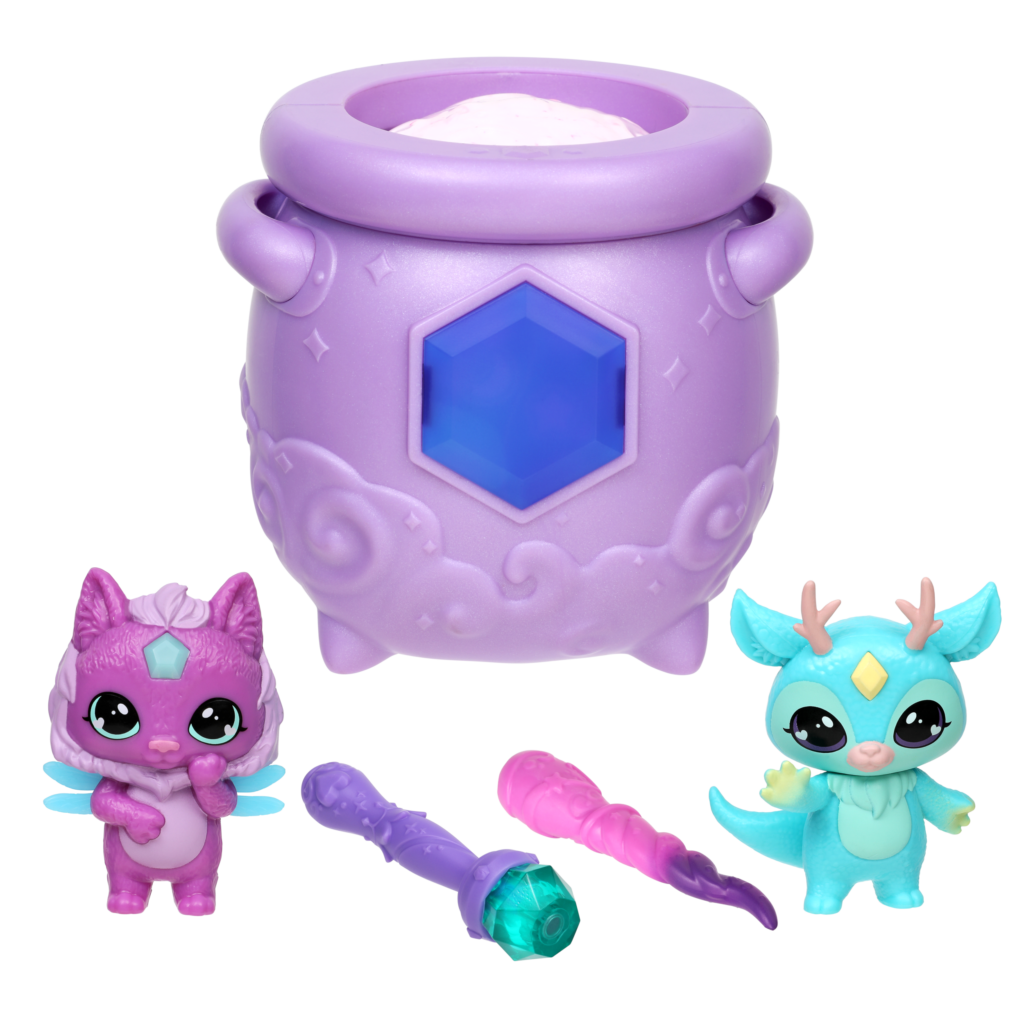 Moose Toys has announced its intention to extend its on-trend track record with imaginative offerings across a range of new and established categories for 2022.

Following record-breaking holiday sales of Magic Mixies Magic Cauldron, which was No.1 in Special Features Plush in December and the autumn season, and  the recipient of the Creative Toy of the Year award from the Toy Association, Moose will introduce even more magic to the market with Magic Mixies Mixlings.

Under its new Moose Games portfolio, the toymaker is also adding a raft of games designed for all ages and boasting new game play patterns. High-profile licensing partnerships will round out Moose’s 2022 growth strategy, as it leans heavily into the pre-school space as the new master global toy partner for the Octonauts relaunch. Also in pre-school, imaginative new product development is underway to meet the growing global popularity of Bluey.

“We had a banner year with the introduction of Magic Mixies, as sales surpassed our most aggressive projections, even with it being available only from October to December,” said Paul Solomon, co-owner, Moose Toys. “We brought magic back into kids’ lives in a big way and will continue the expansion of Magic Mixies in 2022 with the release of new Magic Mixies Mixlings. We have so much more magic up our sleeves; Mixlings are just the beginning. Expect to see a lot more from the world of Magic Mixies in the coming months.”

Mixlings sees Moose deliver even more magic in a format the company is well-known for: collectibles. There are more than 40 Magic Mixies Mixlings including Single Packs, Twin Packs and Sparkle Magic Mega Packs with four exclusive glitter Mixlings. All packs come with a collector’s guide and a magic cauldron. When kids rub the gem and say the magic words, “Magicus Mixus,” the Mixlings’ spell casting team and level of rarity is revealed, while the wand reveals each Mixling’s magic powers. Later in the year, the world of the Mixlings expands with the Magic Mixies Mixlings Magic Castle Playset. The set delivers five magical moments, from a castle tower that grows and a secret entrance where the Mixlings can disappear and reappear, to a bed that tucks in the Mixlings with the tap of wand.

Paul added: “With our new games portfolio, Moose has come to play and win in this category with a range of offerings and a variety of play patterns that includes Clipology, a completely new interactive trivia experience. Clipology is the only board game that streams and regularly updates real TV and movie content clips. We also are doubling down on our pre-school licensing partnerships, a top performing sector for us. We will expand our popular line of Bluey toys, based on the hit pre-school series distributed by BBC Studios airing on Disney Junior, and introduce a brand-new partnership with the mega-hot property Octonauts. Moose is at the top of its game thanks to our incredible creative team of developers and designers and our supportive retail partners.”

Last year, Moose Toys grew more than 50% — four times faster than the Total US Toy Industry, according to NPD. And in the UK, that figure was an impressive 55%. As the company looks to continue its upward trajectory, it says it will continue to engage children with its emerging and proven brands, while drawing in new consumers, adults, through its new games portfolio.

“At Moose, we pride ourselves on staying ahead of the curve and delivering toys that spark imagination with elements of surprise and delight,” said Paul. “We saw that with Magic Mixies and many other of our top brands. These recent successes along with what we have on deck for the coming year, and beyond, will contribute to our continued growth as well as further solidify Moose Toys’ position as one of the most innovative toy companies in the world.”