The Moose Toys staff members were among hundreds lining up for the colourful event in Devon. 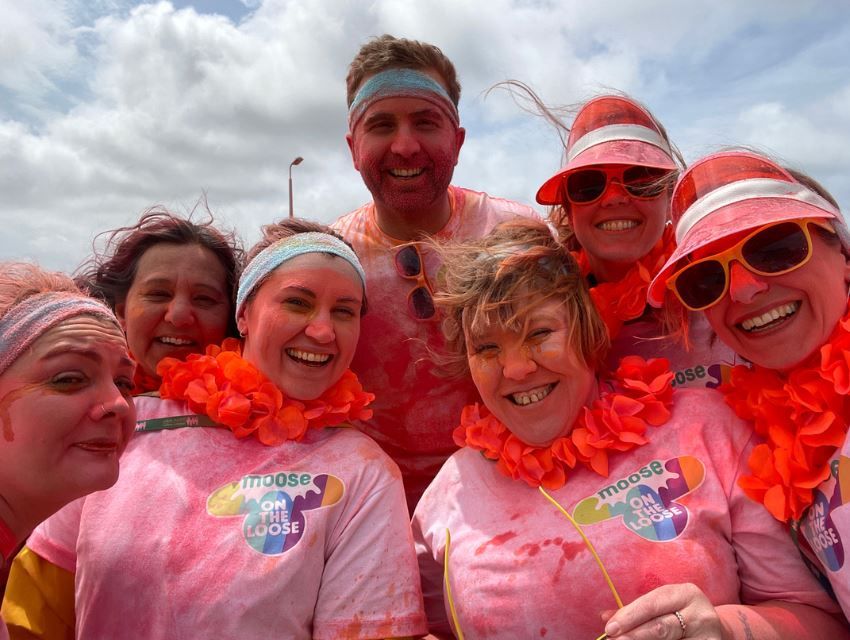 The event, held at Escot Park near Ottery St Mary, saw hundreds of people run in a colourful 5K, raising thousands of pounds to help provide vital care for local children and young people with life-limiting conditions. Participants old and young ran through different coloured paint stations and crossed the finished line covered in all the colours of the rainbow.

Kate Romo, events fundraiser at CHSW, told Devon Live: “Rainbow Run is one of our most popular fundraising events and after two years out because of the pandemic, it was incredibly special to see people back together again, having fun and raising money for our Little Bridge House hospice in Devon.

“Creating special memories for the families who use the hospices is an important part of what we do, so to be able to put on such a brilliant fundraiser for our supporters was just as special.

“We couldn’t do what we do without the support of such a generous local community. Your registration fee and sponsorship will make such a big difference to the families that rely on us.”

Commenting in a LinkedIn post, a Moose Toys spokesman praised the UK team for its fundraising efforts, saying: “Huge shout out to our team in the UK who last week participated in the Rainbow Run. They raised £2188 for Children’s Hospice South West, an incredible charity doing very important work. Thank you for the for the opportunity to be involved.”

Those still wishing to sponsor online can visit www.chsw.org.uk/donate