Moose Toys has announced the launch of Akedo – Ultimate Arcade Warriors, which the company says is the first brand to combine action figures with realistic battling action at a micro collectible scale. Akedo marks Moose’s biggest boys’ launch to date and will be backed by a full-scale marketing campaign that will include an animated series to mark Moose’s largest investment in content.

Derived from the Japanese word for arcade, Akedo has a retro gaming look and combines the extreme moves of arcade fighting with real battling action in players’ hands. Kids can challenge each other to one-on-one action using any of the 39 unique warriors, all of which have individual battle styles and an array of aspirational, powerful and sometimes funny weapons and accessories. Among the epic warrior figures are ninjas with swords, a teddy bear with a chainsaw and a big baby ruling with his gavel. Additional figures include robots, gladiators and Vikings, alongside a dinosaur and clowns. Akedo fans can search for Classic, Epic, Ultra Rare, Legendary, Exclusive Ultra Rare and the very Limited Edition Mythical Stormstrike, a glow-in-the-dark Viking.

In Akedo, players battle using the included controller. For the definitive battle experience, they can match up in the 90s retro style Ultimate Battle Arena, a play set that emulates an old-school arcade game complete with its own theme song and more than 35 real battle sound effects. 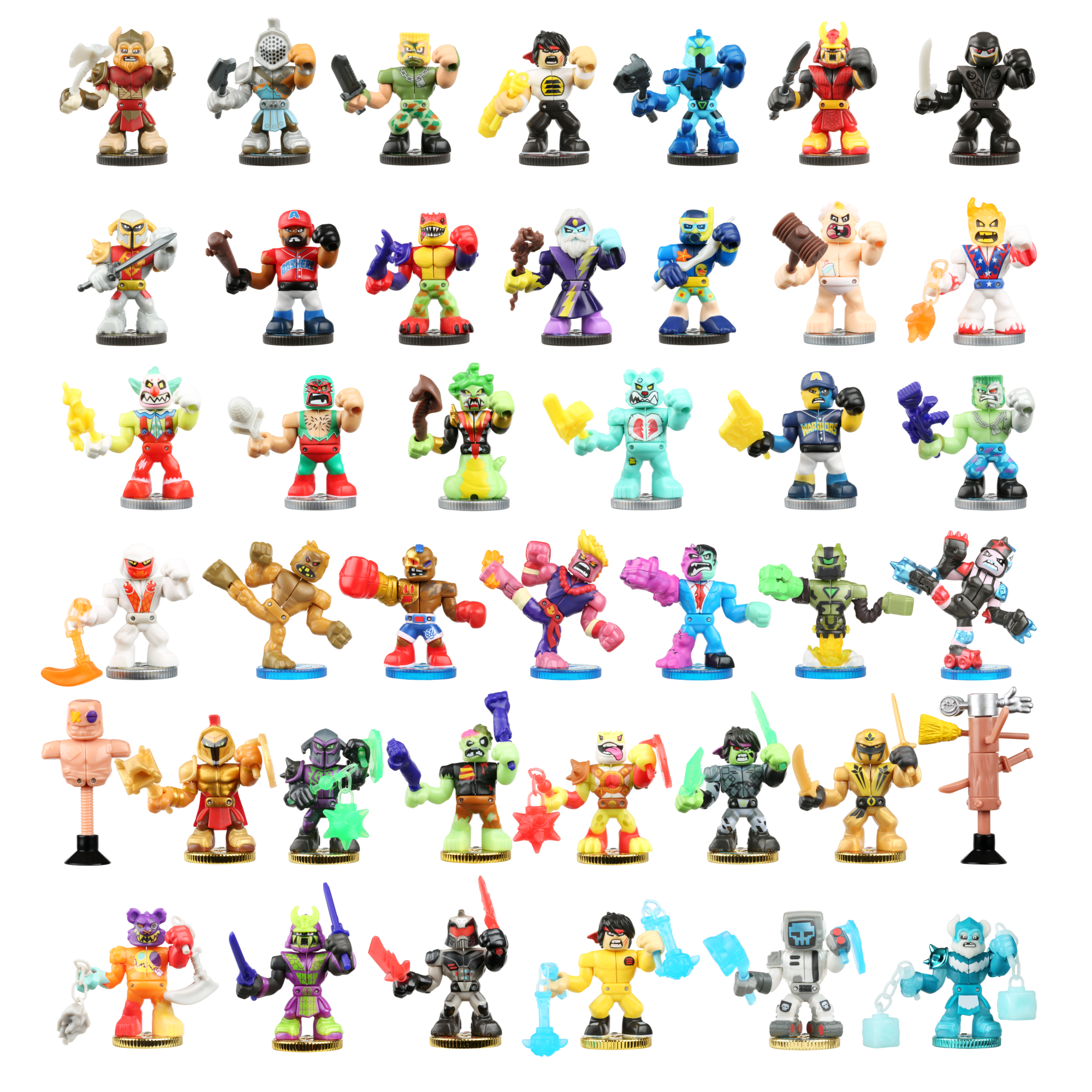 “Our foothold in the boys’ aisle is already strong with hits like Treasure X and Heroes of Goo Jit Zu that have established Moose as a toy super innovator in the category,”  said Ronnie Frankowski, chief marketing officer, Moose Toys. “With these two lines we have already done things not seen before. In line with what has come to be expected from Moose and its new product lines, Akedo is next level. It delivers a combination of a deep line up of imaginative action figures, realistic battling action and collectability at a micro scale. Left at that, it’s an impressive category entrant, but we will also be adding cutting edge content and licensing to deliver, what we believe, to be a knock-out hit.”

The Akedo product line is suitable for ages 6+ and is slated to be available at retail at the end of July.

Rick Derr of Learning Express in Lake Zurich, a regular Toy World columnist, is clearly looking forward to the new brand arriving in his US store, sharing a video of it on Twitter: