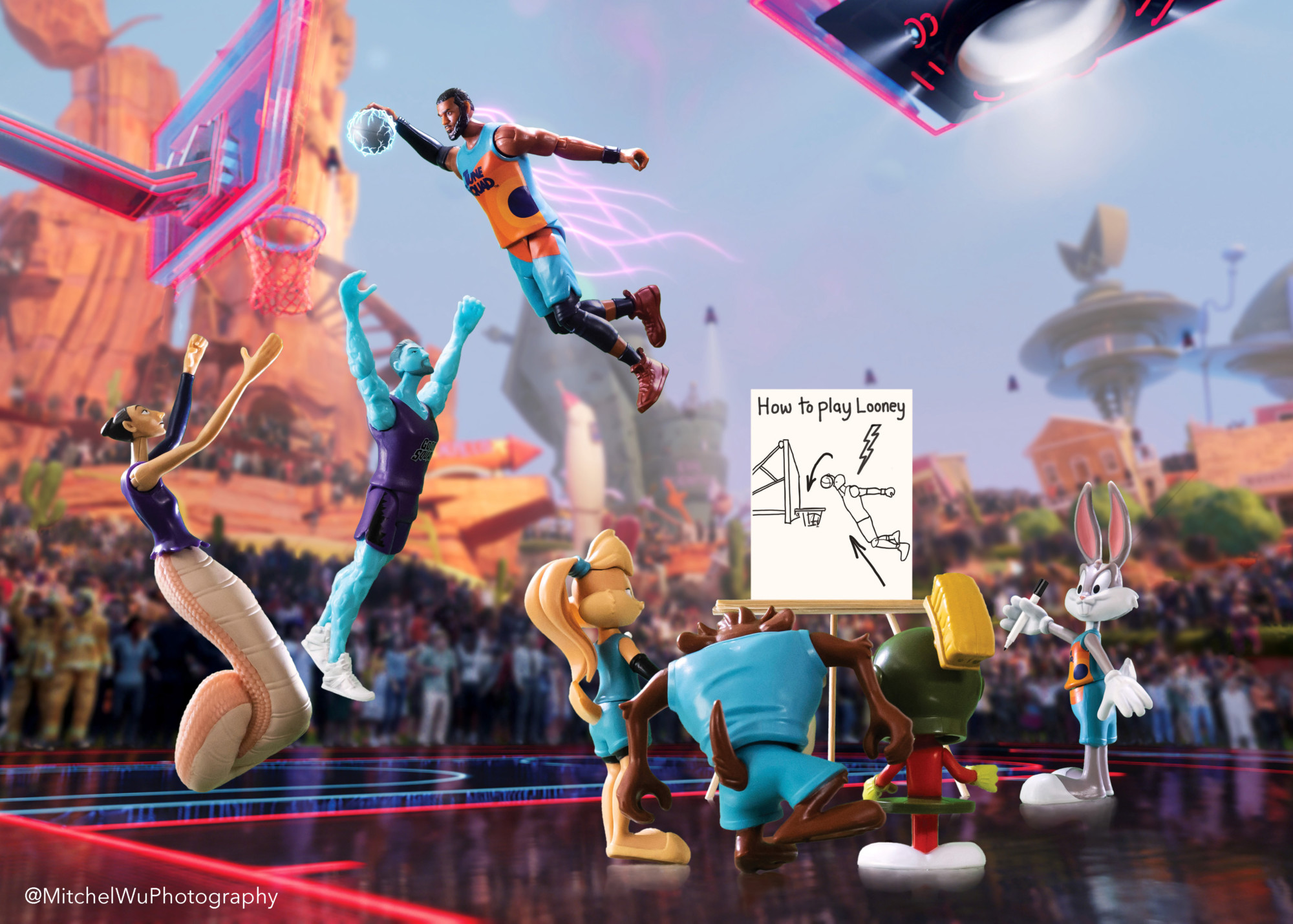 The wait is over for fans eagerly waiting to discover who the film’s star, LeBron James, and his Tune Squad team will face in Space Jam: A New Legacy, as Moose reveals its full line up of toys following a limited release in March.

“Launching the toy line ahead of the movie’s release fuels the enthusiasm for Space Jam: A New Legacy,” said Joe Smith, senior director of global marketing, licensed brands, Moose Toys. “This gives fans a chance to create their own Tune Squad versus Goon Squad action play and lets them get familiar with this cast of characters. The Goon Squad toys bring their onscreen counterparts to life in vivid detail. The action figures show off their intimidating appearance and each one’s special ability in ‘wicked’ detail. Fans will have to wait for the movie to watch this epic match up play out, but until then they can use their imaginations to create their own epic games and endings.”