Morrisons saw a surge in sales during the first half of its financial year in the run-up to – and during – lockdown. 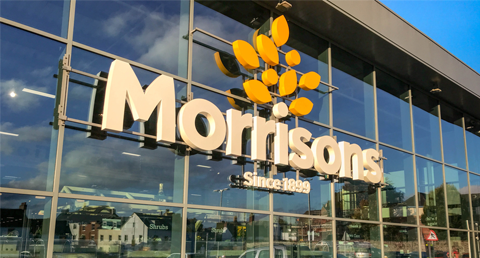 The retailer revealed an 8.7% increase in like-for-like sales, when fuel sales were excluded, in the six months to 2nd August compared to the same period last year. However, total revenues were down 1.1% to £8.73b, reflecting the loss of fuel sales during the lockdown period.

Morrisons reported profit before tax and exceptional items of £148m – down 25.3%. The company said this was due to coronavirus costs bill but that the net hit came in at £62m because of business rates relief of £93m.

In its results statement, the company said: “The mix of the very strong first-half sales growth was weighted towards online channels and lower margin categories. In addition, fuel sales growth was very negative, our cafes were temporarily closed, and we invested in supporting our colleagues, NHS workers and farmers with extra discounts.”

The company has raised its interim dividend by 5.7% and forecast continued sales momentum in the second half of the year, part-aided by fuel sales starting to build. Morrisons is also set to reward staff with a guaranteed annual bonus of 6%.

Chief executive David Potts commented: “Morrisons is at the heart of local communities and responded quickly when it mattered most, and we are very grateful for the British public’s appreciation of all the vital work our colleagues are doing.”