The two toy companies will produce a variety of new licensed wheeled toys and role play items based on the popular pre-school TV character. 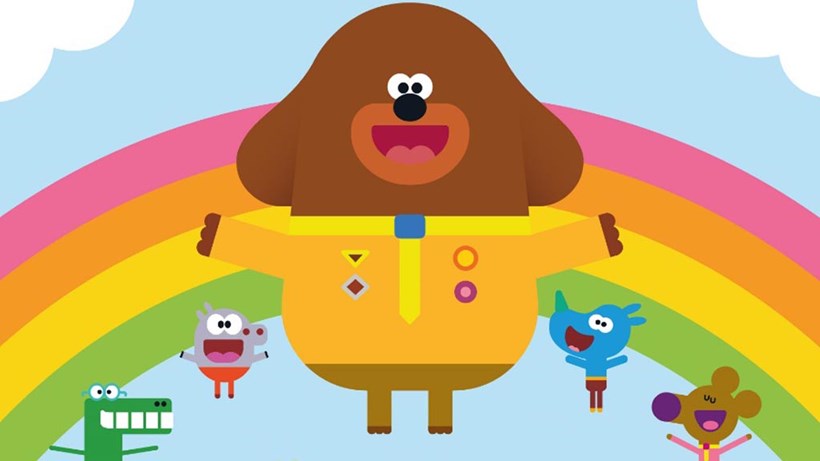 Licensed wheeled toys company MV Sports has struck a deal with BBC Studios to produce of range of Hey Duggee branded scooters, ride-ons and bikes, the first wave of which will launch this autumn. HTI, which is an existing to partner for Hey Duggee, will also launch a new role play range in 2022, and both deals mark a growing range of toy licensees for Hey Duggee.

HTI was brought on board earlier this year to create a range of licensed Hey Duggee outdoor toys, including The Bubble Flurry, Bubble Bucket and Patio Chairs. Other Hey Duggee categories due to launch later this year courtesy of HTI include character shaped cases, which include a medical set and stampers of key character and a range of musical instruments. HTI will continue to invest in its Hey Duggee role play toy range, with more tooled products set to launch in 2022 and beyond.

Devised by Studio AKA, the multiple BAFTA and Emmy award-winning pre-school series Hey Duggee was the most-watched kids’ show of the year on BBC iPlayer in 2020 with over 192 million requests, and the official Hey Duggee YouTube channel recently surpassed oone million subscribers.

NPD recently reported in Toy World that Hey Duggee toy sales had doubled year on year in 2020 and master toy partner Golden Bear saw UK Trade sales grow by 97% in 2020 with an order book showing an increase of 70% so far in 2021.

Phil Ratcliffe, joint managing director at MV Sports, said: “We are delighted to be partnering with BBC Studios on Hey Duggee. With an exceptional time slot on CBeebies, outstanding BBC iPlayer ratings and a history of strong toy sales, Hey Duggee is showing all the signs of becoming a classic. Loved by both parents and children alike, Hey Duggee has the perfect awareness profile for strong and sustained wheeled and outdoor toy sales.”

Hey Duggee also has an impressive global footprint in over 150 territories, and licensing agents and European toy partners have recently been secured for both France and Spain, with launches planned for later this year.