Netflix and Hasbro have released the first teaser trailer for chapter one of Transformers: War for Cybertron: Siege. 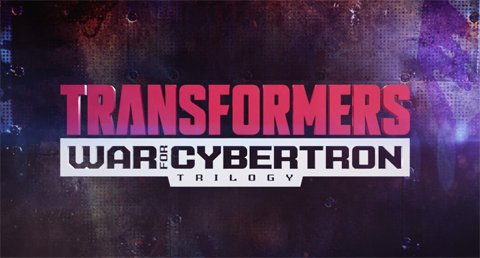 Netflix and Hasbro, in partnership with Rooster Teeth, have released the first teaser trailer for chapter one of Transformers: War of Cybertron Trilogy, premiering on Netflix.

The series raises the stakes of the Autobot and Decepticon war with chapter one having six twenty-two minute episodes, complete with a new animation look and style that presents the Transformers bots as they’ve never been seen before. The trilogy plunges viewers deep into events that live at the heart of this legendary franchise, with Siege shining a spotlight on a critical time frame in Transformers history on Cybertron.

Rooster Teeth is producing the original series for Netflix, and Polygon Pictures  is serving as the animation studio. Transformers veteran F.J. DeSanto is show runner on the series with several contributing writers, including George Krstic, Gavin Hignight and Brandon Easton.

“We’re thrilled to be working with Rooster Teeth, Netflix and Hasbro to bring this fan-oriented, more than meets the eye story to life,” said Shuzo John Shiota, Polygon Pictures (PPI) president and CEO. “The Transformers universe has so many rich characters and engaging stories. Getting the opportunity to be part of the team bringing the robots in disguise to life in this new trilogy is unbelievable.”

“The Transformers brand is a global phenomenon with toys, consumer products, films, television shows, and literature, resonating with millions of passionate fans around the world,” said Tom Warner, senior vice president for the Transformers franchise for Hasbro. “This brand new Netflix series will add to the incredible slate of Transformers offerings with a truly unique story that will delight both existing fans and those being introduced to the wonder of robots in disguise.”