New Aardman series Lloyd of the Flies lands on CITV

Lloyd of the Flies is a quirky new animated series for 7-11 year olds made up of 52 episodes which will launch in September. 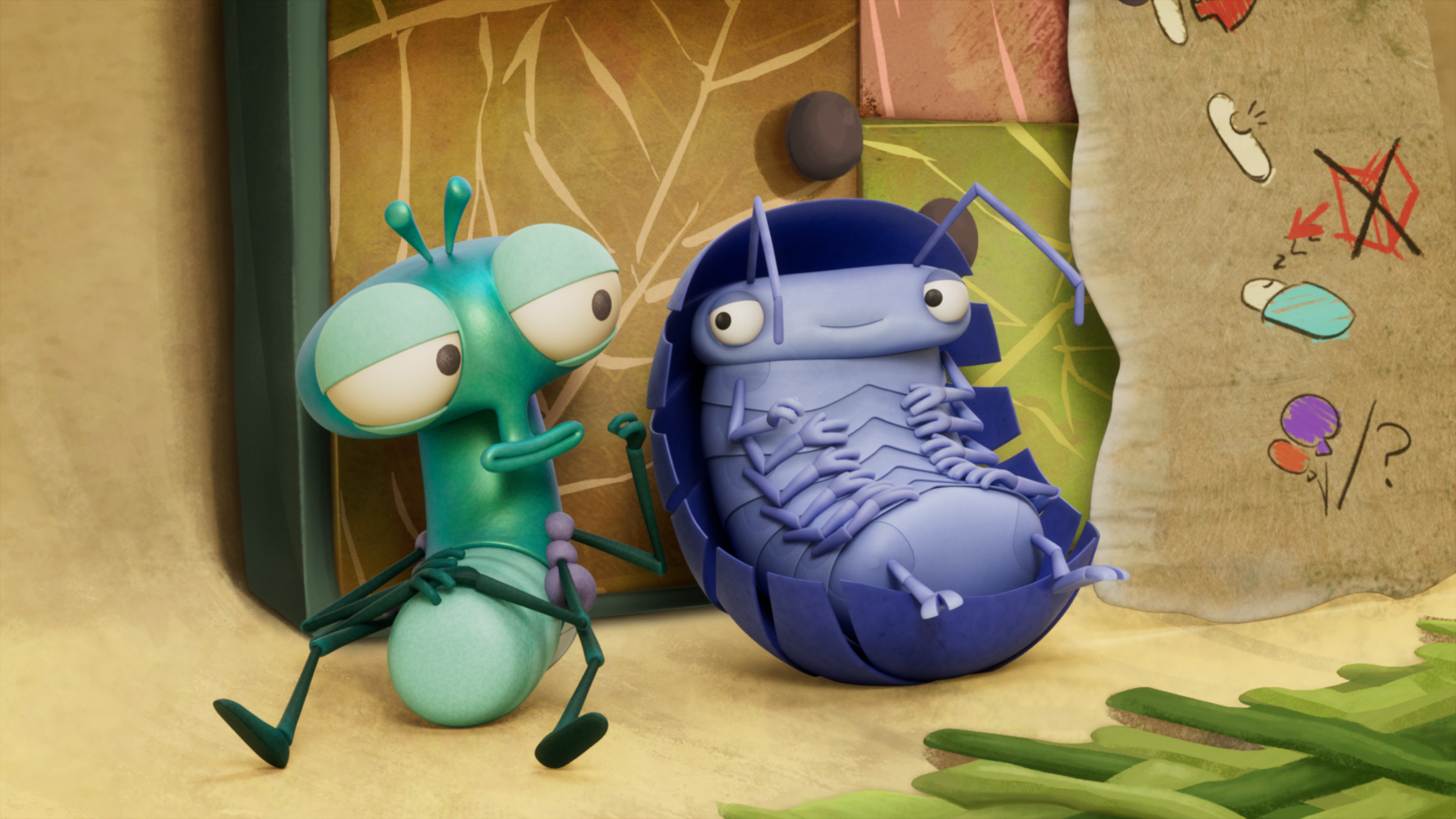 Lloyd of the Flies is the first CGI series that Aardman has produced entirely from its creative hub at its headquarters in Bristol. The production was supported by the UK Government’s Young Audiences Content Fund.

The series introduces families to the weird and wonderful world of insects in a way that is both informative and entertaining for all audiences. It has 52 episodes, each 11 minutes in length, and will air on CITV from September.

Viewers will be able to follow the adventures of Lloyd B Fly, a housefly who lives with his family – including 224 maggot siblings – inside a compost bin they call home. As the middle child of 451, Lloyd is a young fly with plenty to prove. With his best friend Abacus Woodlouse, his little sister PB, and eccentric tagalong Cornea Butterfly at his side, Lloyd is all set for misadventure in a family comedy of entomology. The series draws inspiration from the weird, wonderful, and bizarre world of insects and shines a light on what they get up to when we’re not paying attention.

Alongside Tom Rosenthal, Alex Lawther and Lauren Patel, the cast includes Derry Girls star Jamie-Lee O’Donnell, who plays Louise Hunter, a spider who only hunts woodlice for the thrill of the chase, and Callum Scott Howells (It’s A Sin), in the role of Lloyd’s nemesis, Berry.

Lloyd of the Flies has been created and directed by Matthew Walker. He is joined by co-director and voice director Jane Davies. The series covers key themes of family and friendship with comedy and misadventure around every corner.

Matthew Walker, creator of Lloyd of the Flies, said: “I love the world of insects and it has been a rich source for the stories, characters and comedy of Lloyd. It has been wonderful to work with a fantastic team of artists and animators to bring this world to life, and the brilliant actors who have taken the warmth and humour in the script – qualities for which Aardman is renowned – and translated this beautifully to the screen. I can’t wait for viewers young and old to get to know Lloyd and the gang come September.”

In an exclusive interview late last year, Toy World spoke to Aardman’s Rob Goodchild about the development of the series and the licensing opportunities Lloyd of the Flies offers.