The online retailer announced on Wednesday that it will stop accepting Visa credit card payments in the UK from 19th January. 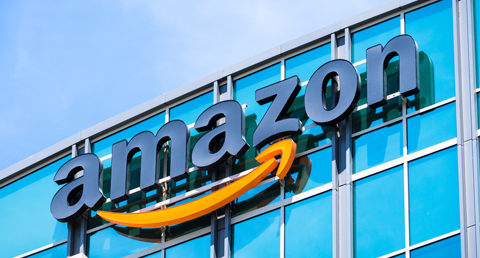 Following reports published earlier this week, new details have emerged which have helped to shed light on Amazon’s decision to cease accepting payments made on Visa credit cards from mid-January 2022.

In an email sent to customers, the online retailer blamed ‘the high fees Visa charges for processing credit card transactions’ for the move. It also reassured them that Mastercard, Amex, and Eurocard can still be used to make payment. Now, though, it appears there’s another culprit to blame – Brexit.

According to headforpoints.com, the root of the issue stems from the fact purchases made on Amazon UK are actually bought from Amazon Europe Core SARL (or a related company), based in Luxembourg. When it comes to fees, the details are a little complex. Purchases made in the UK, post-Brexit, are subject to a 0.3% interchange fee, the same as pre-Brexit. Purchases made in the EU, meanwhile, are capped at the same rate by EU agreements, as long as they are made in person. However, when buying on Amazon UK, the purchase isn’t made in person but online, and not in the UK but Europe – and online EU card purchases are uncapped following the UK’s withdrawal from the EU. They have also gone up by some 500%. This means that rather than 0.3%, the seller now has to pay a fee of 1.5%. Amazon, clearly, is unwilling to do so.

Neither side appears happy to take the blame for the dispute. In a statement, Visa said it was ‘very disappointed that Amazon is threatening to restrict consumer choice in the future’, adding: “When consumer choice is limited, nobody wins. We have a longstanding relationship with Amazon, and we continue to work toward a resolution, so our cardholders can use their preferred Visa credit cards at Amazon UK without Amazon-imposed restrictions come January 2022.”

Shoppers wanting to continue using a credit card for purchases can opt to use a Mastercard instead. Indeed, Amazon has a much closer relationship with Mastercard: in 2017 it launched the Amazon Platinum Mastercard, which offers customers rewards and money back when they buy on the platform. The retailer is also currently offering shoppers the incentive of a £40 voucher if they are accepted for the card.