Unique immersive digital and physical shopper experiences will debut in NYC and then roll out to Lego stores around the world. 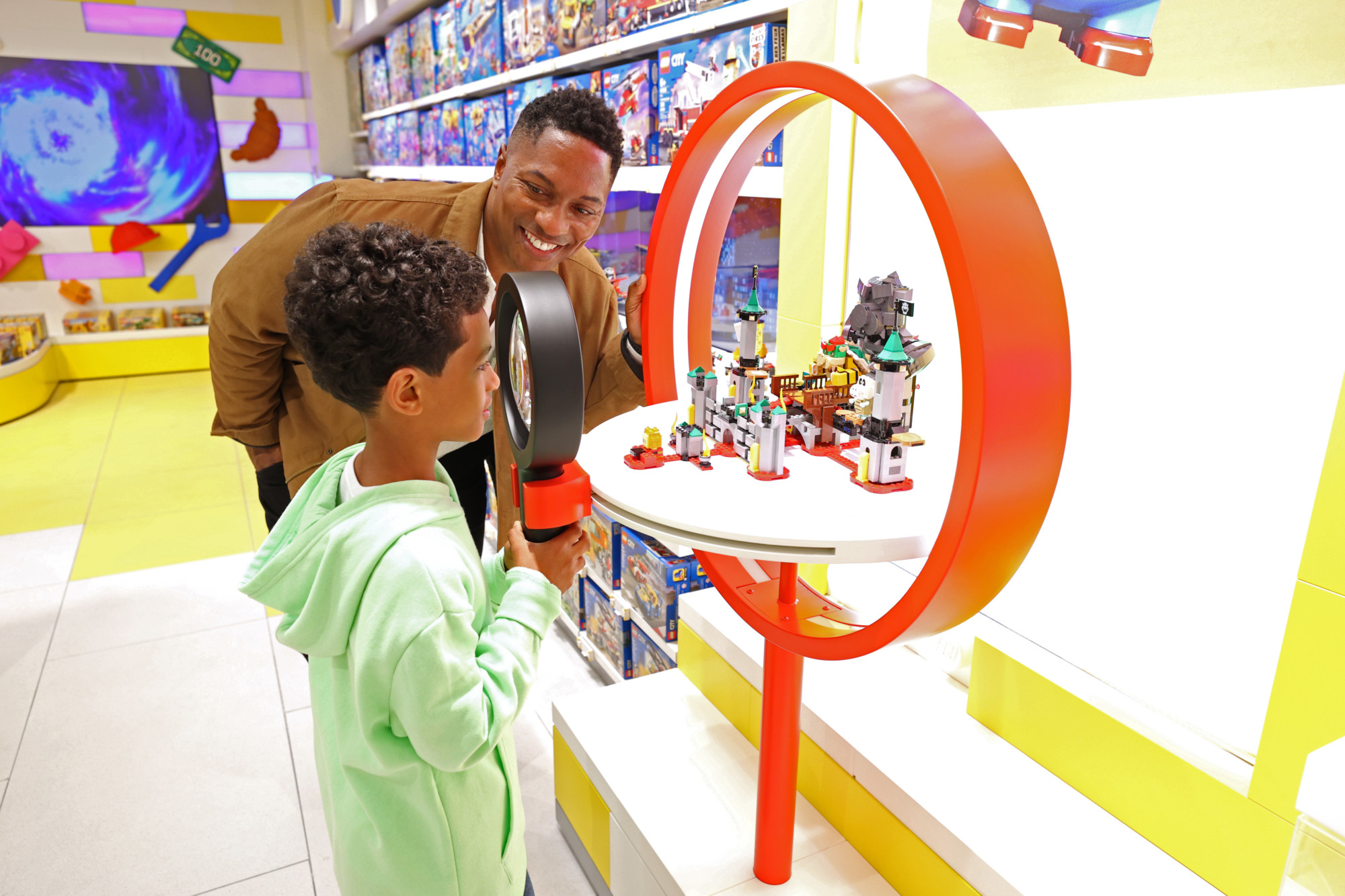 The Lego Group has shared a glimpse into the future of experiential retail as it opens its doors on a new store in New York City. The 7,175 sq ft, two story store on Fifth Avenue is the first Lego flagship store to feature an innovative new retail format, elements of which will be introduced to more than 100 stores worldwide in the coming year.

The format is designed to create an immersive world of Lego bricks by blending unique digital and physical experiences. It has been developed as part of the Group’s strategy to innovate its stores as shoppers seek more personalised and interactive retail offerings.

Colette Burke, chief commercial officer said: “For a number of years, we’ve seen the trend towards people visiting stores for high-quality, entertaining brand experiences. Over the past year, our fans have missed personal and tactile interactions with the brand and we can’t wait to welcome them back.”

Lego believes that, despite the rapid growth in eCommerce, brick-and-mortar stores continue to play a critical role in strengthening consumers’ connections with a brand and in helping people to discover new products.

“While our existing store format has been very successful, we are evolving it to strengthen brand love and create memorable experiences people will talk about long after they leave,” explained Colette. “We want people to walk into our stores and feel immersed in a world of Lego bricks. We’ve designed the spaces to fire up creativity and imagination and encourage hands-on play. Our talented designers have developed entirely new experiences that blend the very best of ground-breaking customisation, technology and physical play allowing visitors to interact with the brand in exciting new ways.” 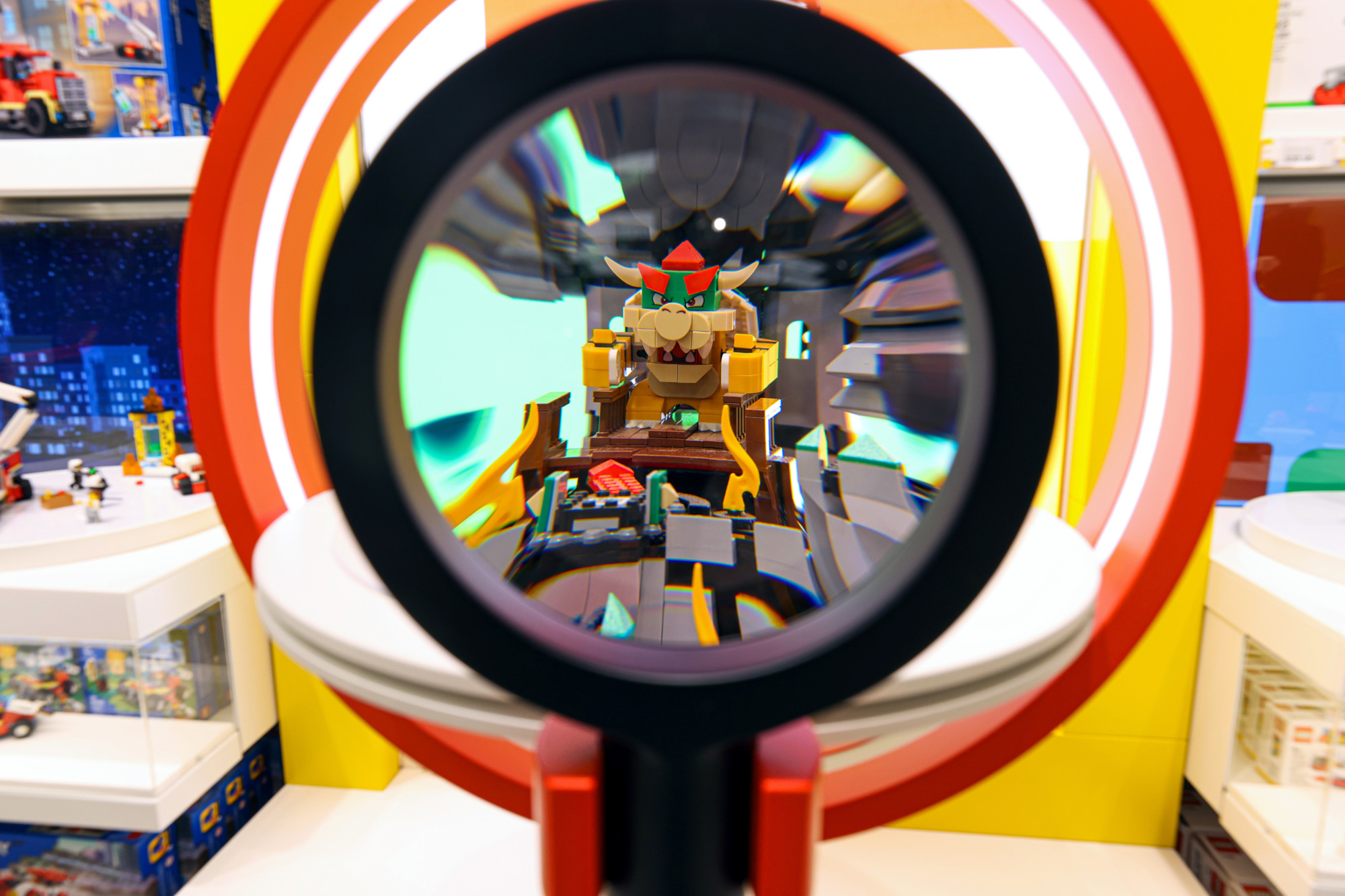 New features in the New York City store, which are set to appear as the new format is introduced to stores around the world, include:

Brick Lab, which immerses people and their Lego builds in an amazing virtual world. Technology brings walls, floors, and ceilings to life with light, sound, and music for a truly interactive build and play experience.

The interactive Tree of Discovery is the centrepiece of the store and an expression of the Group’s commitment to being inclusive and having a positive impact on society and the planet. Visitors are invited to explore a magical wonderland hidden inside the tree through windows in its rainbow trunk.

An interactive Storytelling Table designed for adult fans brings to life the stories behind sets available in store, showing early product designs and prototypes, the development process and allowing fans to virtually ‘meet’ the Lego designers.

The Personalisation Studio invites visitors to make a memento of their visit, reimagining themselves in Lego form, as a portrait from the Mosaic Maker or an iconic Minifigure.

With Lego Expression, visitors can have fun with Lego Minifigures who mimic their facial expressions.

The new 5th Ave store will include NYC icons such a taxicab you can sit in, a giant Empire State Building and One World Trade skyscraper, the lights and billboards of Broadway and Time Square, Lego Marvel Super Heroes Thor, Spiderman, Iron Man, Hulk and Captain America and the Ghostbusters Firehouse and crew. Stores globally will feature larger-than-life builds celebrating local culture and landmarks. 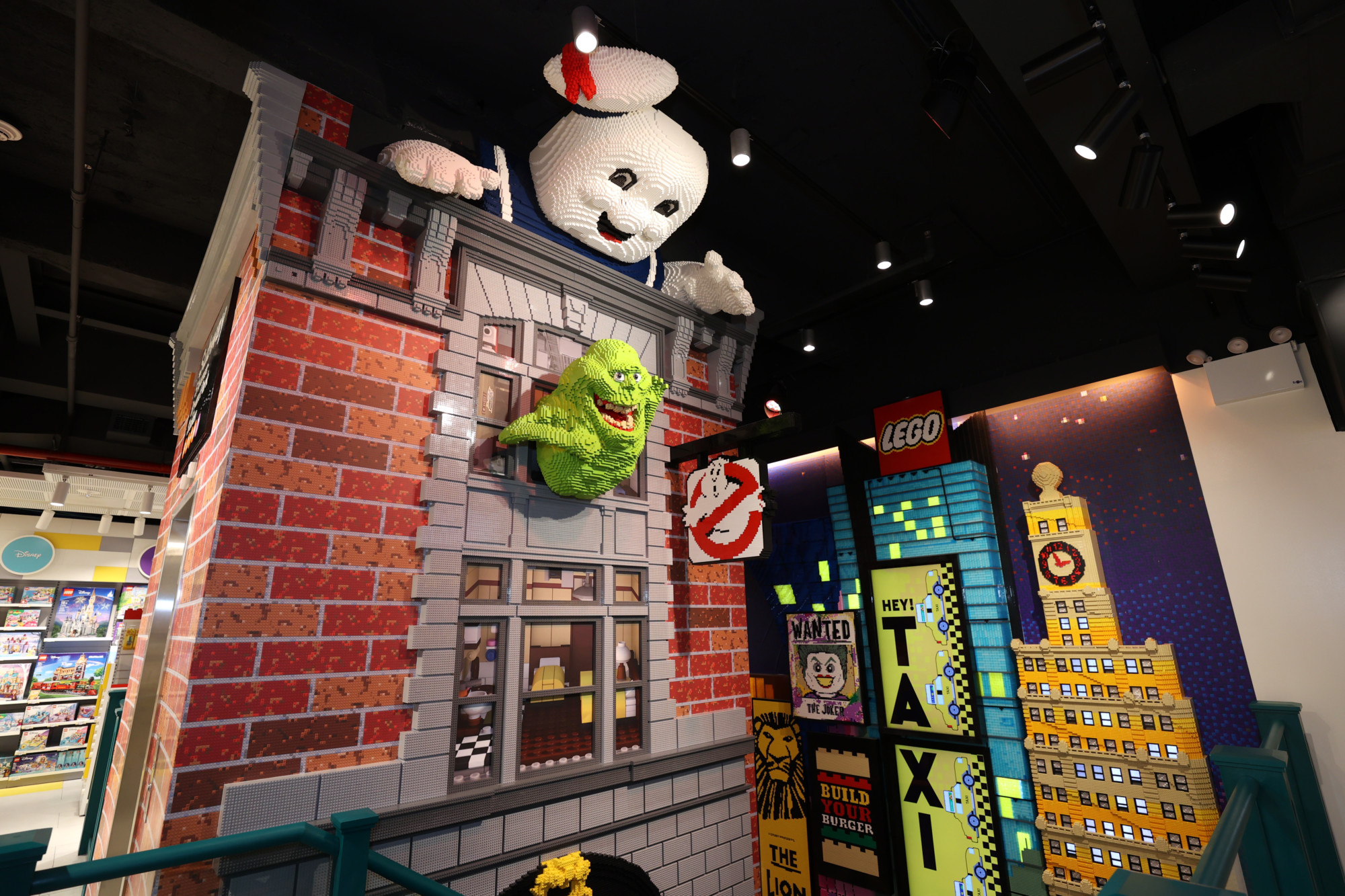 The new store format has been designed to be modular and fully flexible so that it can work in Lego stores of all sizes, as well as in third-party retail partners’ stores. It will be introduced to over 100 Lego stores around the world during the coming year, as well as select global partner retailers.

The Lego Group currently has around 731 branded stores in 50 countries around the world and plans to open 120 new stores during 2021. The Group will also continue to invest in building its eCommerce capabilities.

Colette added: “We’re seeing significant growth across eCommerce channels, but we also understand the distinct and important role that each of our retail channels plays in building the brand. We will continue to invest in innovating across all our channels to create compelling experiences online, instore and with our retail partners.”