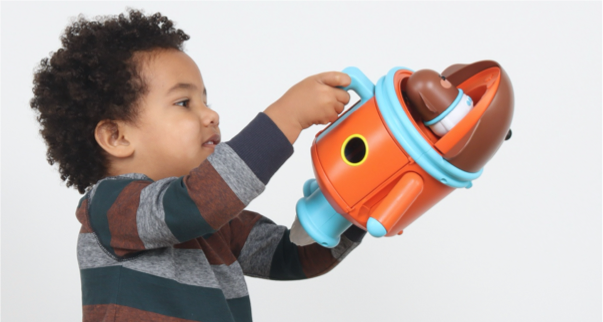 “We’re delighted to announce new partners who will help to grow our Hey Duggee licensing programme,” said Mandy Thwaites, director, Magazines & Consumer Products, UK Division, BBC Studios. “Hey Duggee is such a colourful, fun and inclusive show and we’re really excited about the innovative and engaging products which our new and existing licensees are bringing to us,”

Golden Bear has been named as master arts & crafts partner for Hey Duggee, adding to the company’s involvement in the hit brand as master toy partner. This year, Golden Bear’s hero product is the Transforming Hey Duggee Space Rocket – which was named as one of London Toy Fair’s 2022 Hero Toys. Arts & crafts products are set to launch in Autumn/Winter 2023.

A complementary agreement for arts & crafts products in the UK has been signed with RMS, to include dough, bath puzzles and wooden arts & crafts toys, set to launch in Spring 2023.

BBC Studios has also agreed a UK deal with Character Options for Weebles, with Hey Duggee versions of the classic toy set to hit shelves in 2023.

Existing licensees Ravensburger, HTI Toys and 8th Wonder are expanding their ranges following good performance. Ravensburger has renewed its agreement for puzzles and games including Memory; HTI Toys is expanding into 3D games to add to the company’s existing role play, cases, musical instruments and outdoor products; 8th Wonder is growing its range of wooden toys and MV Sports will be unveiling an expanded range of wheeled toys and ride-ons.

Since launching in 2014, Hey Duggee has become a six-time BAFTA and international Emmy award-winning hit. In the UK, Hey Duggee was the most-watched kids’ show on CBeebies in 2021 and was streamed more than 250m times on BBC iPlayer in 2021.

The property has over 1.2m million fans across its social channels and its official YouTube channel has over a billion lifetime views. Recently Hey Duggee teamed up with Sir David Attenborough for The Green Planet Badge a special episode to share the wonder of plants on CBeebies, BBC iPlayer and YouTube.