The Shadow High collection comprises an assortment of six dolls distinguished by bold, grayscale tones with a touch of iridescent shine and classic rainbow accents. 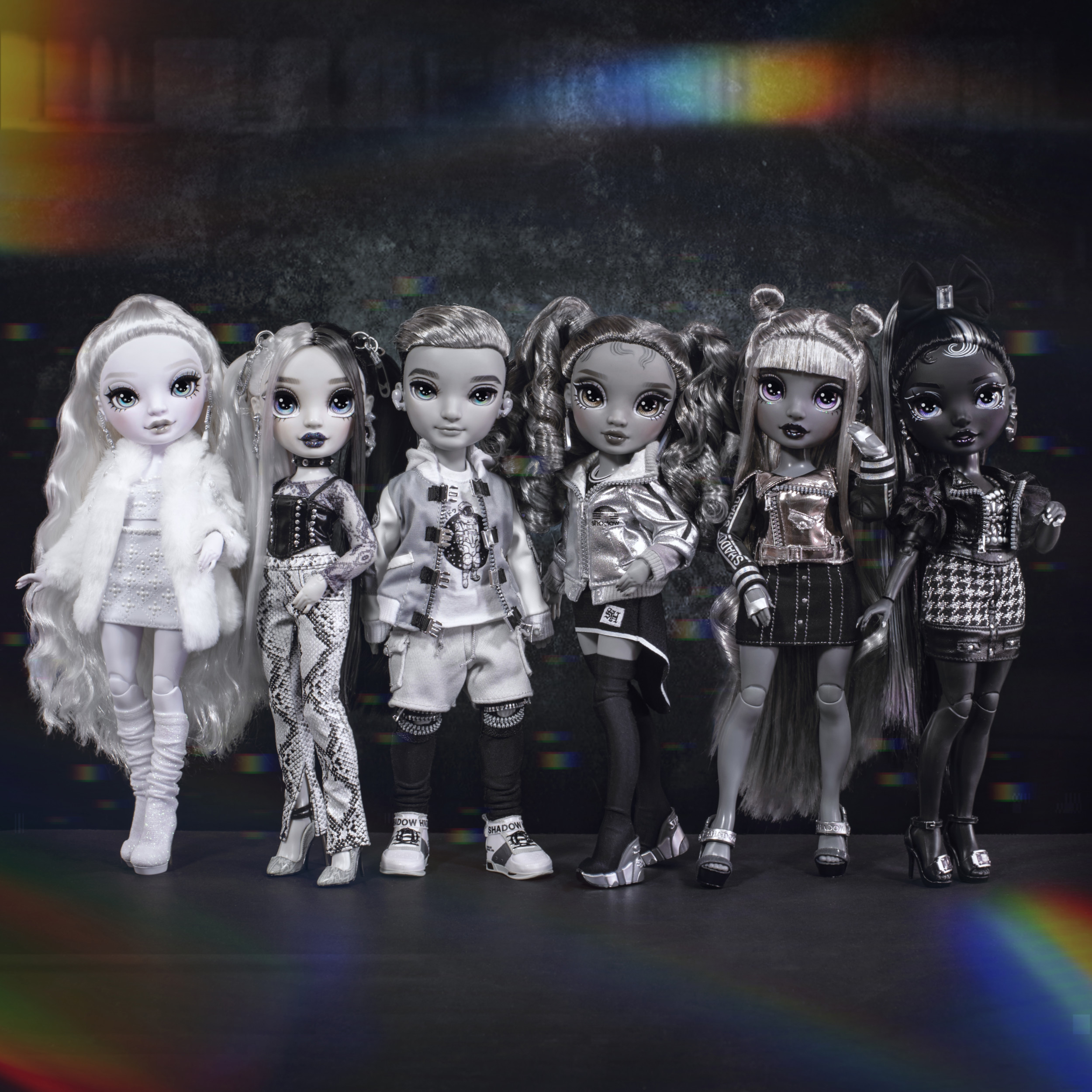 Doll fans are no longer being kept in the dark about MGA’s latest launch, as Shadow High, the erstwhile rival of Rainbow High, officially hits shelves at Smyths. The line introduces fans and collectors to all-new characters whose personalities are just as unique and enigmatic as their style. Shadow High students remain true to the values of their colourful Rainbow High counterparts – including creativity and inclusivity – but are aesthetically different and proudly express their personalities through their fashions.

MGA says that the launch of Shadow High takes the Rainbow High brand into untapped territory by introducing fans to its most creative and unexpected collection to date. The collection takes full command of the other side of the rainbow with a bold, polished and luxe feel that is woven throughout packaging and design.

The students of Shadow High are:

The dolls are fully articulated, including their arms and legs, and they feature unique sculpts. Like their predecessors, the Shadow High dolls themselves inspire fans to ‘be creative now’ and embody themes of confidence and self-expression that resonate with kids, parents and collectors alike. The new collection’s packaging will mirror that of Rainbow High with a twist that makes it appear as though Shadow High has hacked Rainbow High’s brand block on-shelf. The fashions sported by the dolls feature trendy fabrics and aspirational designs that kids see in the real world, and each doll comes with two edgy outfits.

Isaac Larian, founder & CEO of MGA Entertainment, said: “Our Rainbow High fans are loyal and passionate. This collection was a secret kept under wraps for many months and fans couldn’t get enough while we played along in true Shadow High fashion via social media. Fans saw takeovers, leaks and mysterious Shadow High accounts popping up across social media in advance of its debut – and it has already disrupted the industry.”

The students of Shadow High will be available for pre-order from Smyths this month and from all good toy retailers soon. Find out more at rainbowhigh.com or check out @rainbowhigh.uk and #LetYourTrueColoursShine.