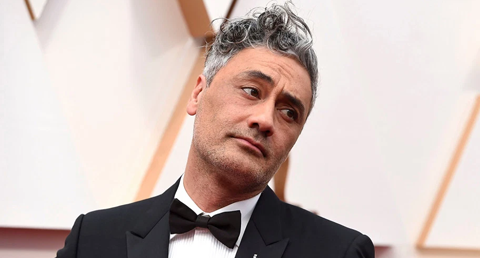 An announcement on the official Star Wars website, timed to coincide with “May the fourth”, states that Taika Waititi, who recently won Best Adapted Screenplay for Jojo Rabbit and directed the widely-acclaimed first season finale episode of The Mandalorian on Disney+, will direct and co-write a new Star Wars feature film for theatrical release.

Also working on the screenplay will be Krysty Wilson-Cairns who received a BAFTA for Outstanding British Film of the Year for the film 1917, which also won three Oscars.

It is unclear when in the saga’s timeline the action in the new film might take place, and what characters might be involved. The nine-part Skywalker saga concluded last year with Rise of Skywalker.

A new, untitled Star Wars series for Disney+ has also been announced. Emmy-nominated writer Leslye Headland will write, executive produce, and serve as showrunner for the series, adding to the growing list of Star Wars stories for Disney’s streaming platform, which includes The Mandalorian, now in post-production on Season Two, and two other previously announced series. One is based on Cassian Andor’s life prior to the events of Rogue One: A Star Wars Story and another will follow the adventures of Obi-Wan Kenobi between Star Wars: Revenge of the Sith and Star Wars: A New Hope.

Release dates for both projects have not yet been announced.