Rachael and William Sankey decided to open the store in Church Stretton in what they describe as a “snap decision”. 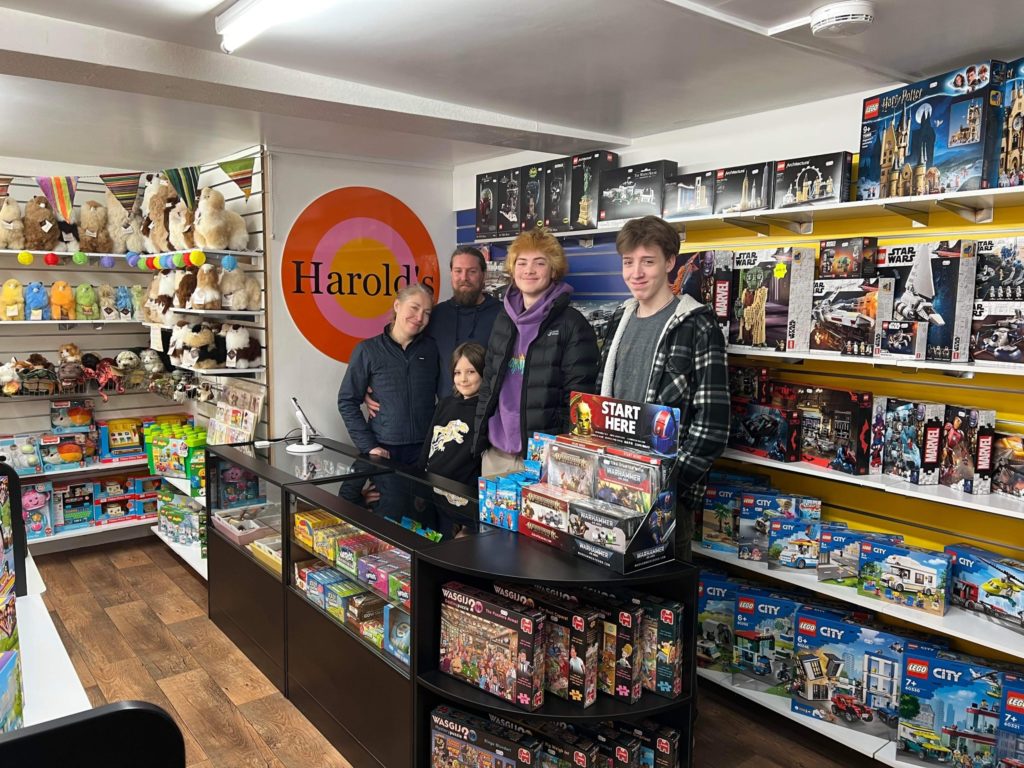 A couple have opened a new toy shop in Church Stretton, Shropshire after deciding to start the business just a few months ago.

Neither Rachael or William Sankey have retail experience but decided they wanted to start their own business and bring joy to families following the pandemic.

Harold’s Toy Store, in Shrewsbury Road, is named after well-known local bricklayer and father to William. His mother Louisa. is also involved in the business.

The shop opened on Saturday with the couple’s three sons George, aged nine, Daniel, 16, and David, 18, all in attendance.

“It was my husband’s idea,” said Rachael, who admits the idea for a shop has been just a few months in the making. “It was a very quick decision. He wanted to get a local business going and this is something he wanted to do because he’s really interested in a lot of the products we are selling, and there wasn’t a toy shop in Church Stretton. There hasn’t been one for a few years.”

She added: “A lot of people have said they are really happy that we’ve opened. After all this misery, it seems like people do want to have a bit of fun and joy in their lives and it’s nice to be able to provide that.”

Preparing to launch the business, Rachael and William scouted for premises in the town before finding a shop about to become available, then set about searching for suppliers through the internet.

The shop offers a good selection of Lego, Schleich and Fisher-Price as well as Tamiya radio controlled cars and Pokémon. Rachael is also hoping to find more suppliers when she visit the INDX Toys & Nursery show this week.

“We are just feeling our way, as it was a bit of a snap decision,” she told Toy World. “But we are happy with the shop and people are saying really positive things.”